PM defends reconvening of Parliament, fires back at Opposition 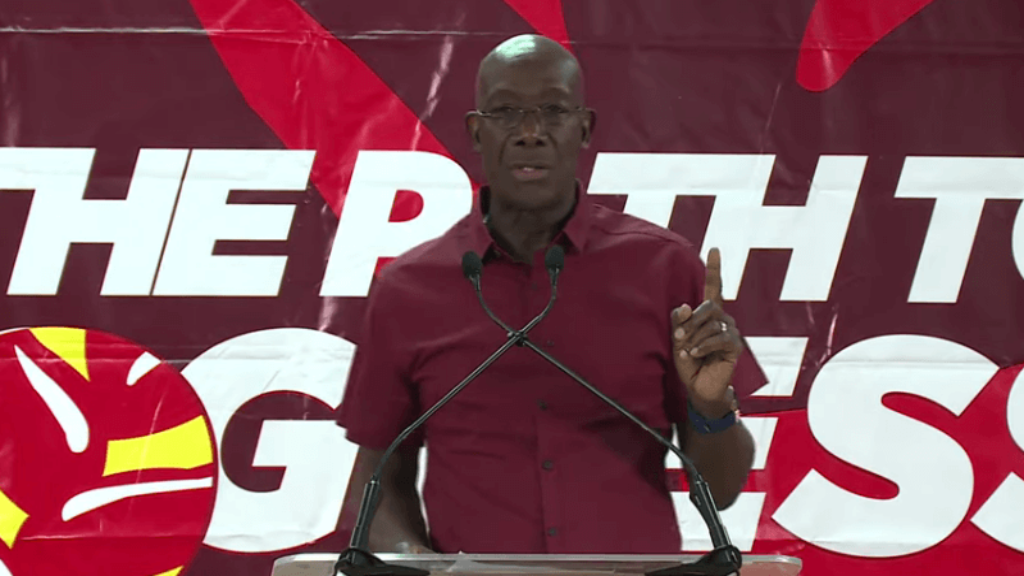 Prime Minister Dr. Keith Rowley is hitting back at the Opposition, after it criticised government’s decision to reconvene Parliament to debate the Bail Amendment Bill 2019.

The Prime Minister addressed the issue while speaking at the Diego Martin West Constituency’s 46th Annual Conference at the Point Cumana Regional Complex on Sunday.

He said the government is attempting to attack the crime problem from many quarters, one of which he said includes the reconvening of parliament to debate the Bail Amendment Bill.

The Prime Minister said the special sitting of parliament follows calls by the police for the restriction of bail for those people who commit firearm offences.

“We have in Trinidad and Tobago, a problem. And that problem is crime. We are having to attack the crime problem from many quarters. One of those quarters is trying to restrict the amount of firearms on the street and those who are willing to use those firearms against the innocent and the not so innocent population,” Rowley stated.

He also accused the Opposition of using the crime situation as a political tool.

The Prime Minister further urged the citizens to take note of who supports the Bail Amendment Bill when it comes to Parliament for debate on Wednesday.

Rowley also hit out at the Judiciary of Trinidad and Tobago.

Because people appear before them and all of a sudden they become the bleeding heart for the criminals who will kill you without batting an eyelid,” he said.