PM: Devant is lying, there's no new number to share 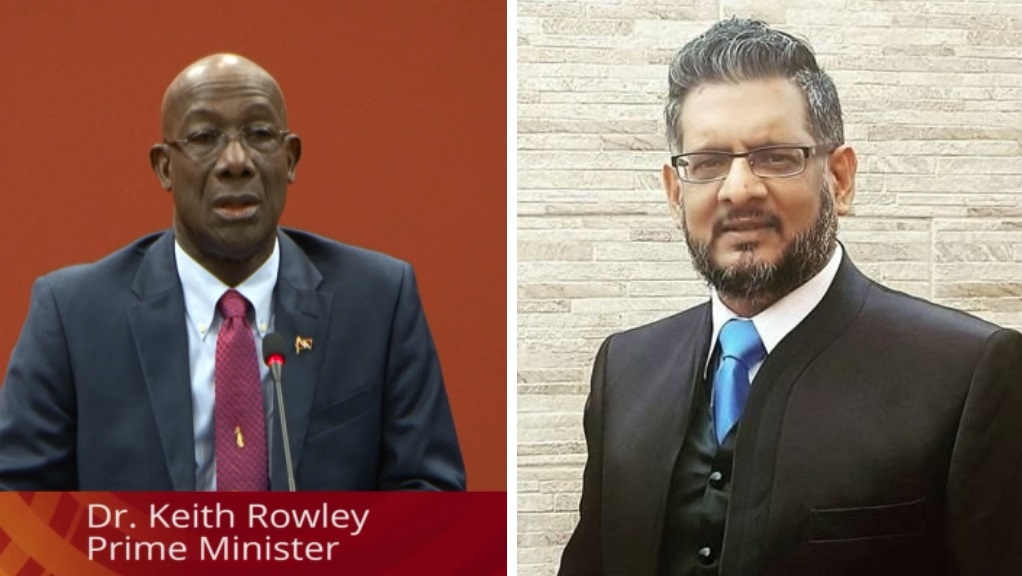 Photo L-R: Prime Minister Dr Keith Rowley and former minister and opposition member, Devant Maharaj. Dr Rowley accused Maharaj of lying to the public after Maharaj said he would share Dr Rowley's new number, however Dr Rowley said he has not been issued a new number as yet.

In the latest 'phone wars' development, Prime Minister Dr Keith Rowley has accused former minister Devant Maharaj of lying after Maharaj said that he had access to Dr Rowley's new contact number and would be sharing it with the public.

Dr Rowley, who said his number had been discontinued after he received threatening messages, said Maharaj was a 'dangerous liar'.

"Did Devant give you my new number? No. Because he is a liar. There is no new number for him to share because I have not yet operationalised a new number therefore no Cabinet Minister has any new number to give him."

Dr Rowley said he was reluctant to change his number as he has had it for many years.

He added that he has been 'monitoring' the public's response.

"I am reluctant to change my number so I have been monitoring it to see the public's response to his malicious incitement," he said.

Maharaj shared the numbers, urging citizens to take action and reach out to address issues affecting their communities.

Dr Rowley said in a statement on December 8, 2018, that he would be discontinuing the number.

"As a result of this act of gross misconduct and in my desire to serve you in a sane and sober manner I regret that I will be discontinuing the use of the number that you might have known and used at some time in the past." 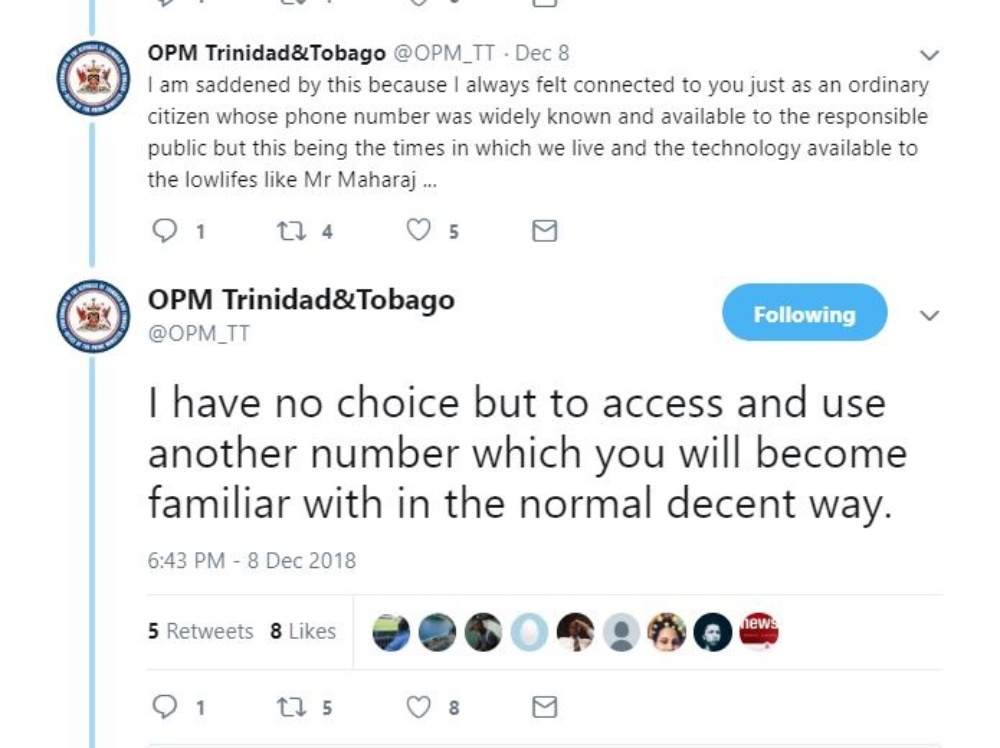 "I am saddened by this because I always felt connected to you just as an ordinary citizen whose phone number was widely known and available to the responsible public but this being the times in which we live and the technology available to the lowlifes like Mr Maharaj I have no choice but to access and use another number which you will become familiar with in the normal decent way," he said.

Garcia said he has no problem with his number being made available to the media.

Opposition Leader Kamla Persad-Bissessar also said she had no issue with her contact being shared.

Garcia on number being shared: 'Let the jack*** bray'