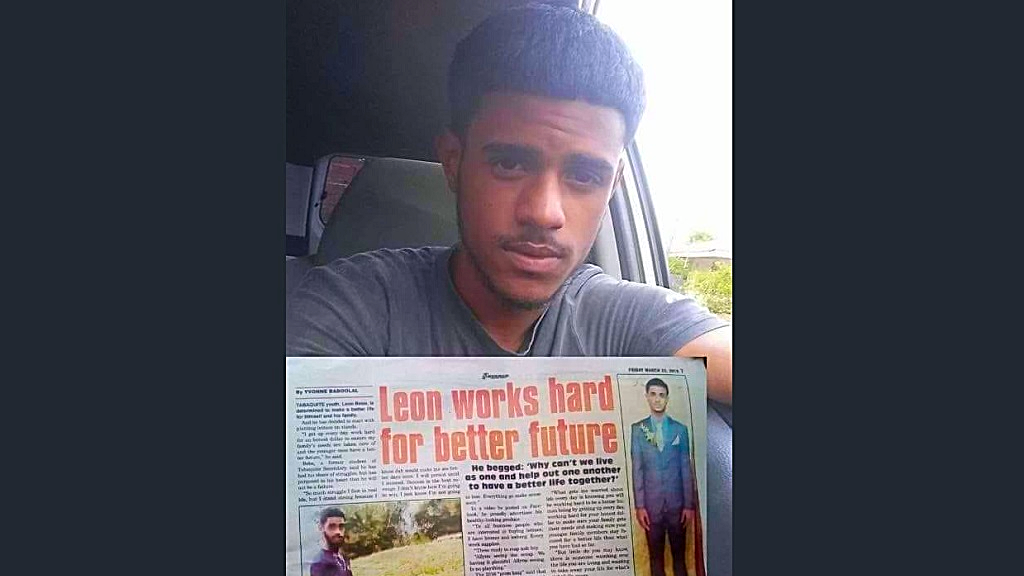 Prime Minister Dr Keith Rowley said citizens should stop offering solace and comfort to people who have committed crimes, after Tabaquite farmer Leon Bebe was brutally gunned down while trying to collect money owed to him.

In a statement, Dr Rowley offered condolences to Bebe's family, saying that Bebe's murder is disheartening as by many accounts he was a young, upstanding, hardworking individual.

Dr Rowley said those who 'choose a criminal lifestyle' must not be protected by others.

"From all accounts, Mr Bebe, 19, was an ambitious and hardworking entrepreneur who fully immersed himself in the field of agriculture. He has been described by those closest to him as an honest, positive role model."

"His positive activities in agriculture held out such hope for young people."

"It is terribly disheartening that we are producing people in our society who will attack and kill others for their own personal gratification."

Related article :Slain Tabaquite farmer's foretelling: Some will kill for what you have

"We must encourage all our citizens and more so our young people to strive for excellence and to dedicate themselves to improving their lives and contributing to the overall development of our nation."

"We must also stand strongly together as a nation in condemnation of those who are bent on marring Trinidad and Tobago with violence and criminal activity."

"Those who choose to adopt a criminal lifestyle must not find solace and comfort in our homes, communities and nation. Law enforcement and the judiciary must continue to do their part and we as law-abiding citizens need to cooperate with the authorities so that we can to rid our country of this homicidal scourge."

"The Prime Minister extends condolences to the family and friends of Mr Leon Bebe."

Bebe, from Tabaquite, was gunned down in Malick, Barataria on Tuesday night.

According to reports, Bebe, of Williamsville, allegedly went with a friend to collect money that was owed to him, when they were confronted by three men, one of whom was armed.

Bebe was shot several times about the body. He was taken to hospital but succumbed to his injuries.

The hydroponics farmer had been recently featured in the TnT Mirror Newspaper after he began selling lettuce and opened his own business.

Bebe said he was determined to make a better life for himself and his family and worked hard 'for an honest dollar'.

He also said that there were people who would kill for what he had.

Slain Tabaquite farmer's foretelling: Some will kill for what you have