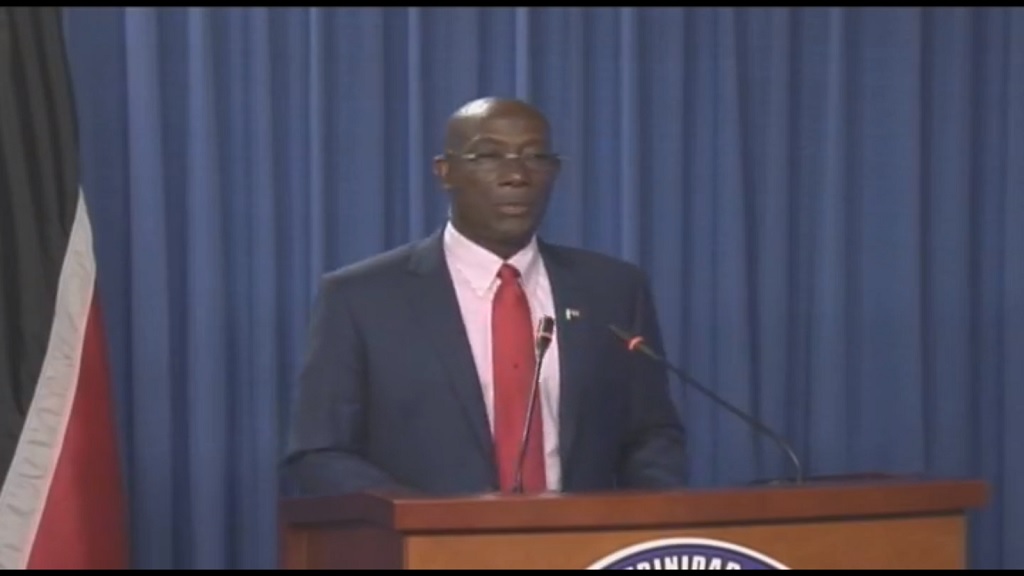 Prime Minister Dr Keith Rowley said the upcoming general election would need to adhere to the requirements of the Chief Medical Officer (CMO) to prevent any possible spread of COVID-19.

Speaking at a post-Cabinet briefing on Thursday, Dr Rowley did not disclose a date for the upcoming election but said that the process would need to be done differently.

“We’re in an era that is quite new to us. The term of government comes to an end towards the latter half of September. A general election is due within 90 days of that. Under normal circumstances now, at the end of May, we would have been at the height of election campaigning.”

“But because in this year, we are having to withdraw from our normal outdoor activities of which political activity is a major one.

“We’re going to have a different kind of arrangement if we are to comply. Election or no election, we will have to comply with the requirements of the Chief Medical Officer.”

“The virus isn’t going to give us a pass because we have an election. We’ll need to do some things differently.”

He assured that the general election would be held when constitutionally due.

Dr Rowley refrained from stating a date for the next general election but in response to questions on whether he preferred a fixed date, he said he was not a fan.

About the electoral process

According to the Elections and Boundaries Commission (EBC), the electoral process is as follows:

Once the draft is approved by Parliament, the relevant Minister submits it to the President who then makes an Order in terms of the draft “…and that Order shall come into force on such day as may be specified therein and, until revoked by a further Order made by the President shall have the force of law.” Such an Order by the President of the Republic of Trinidad and Tobago, the draft thereof having been approved by resolution of the House of Representatives, shall not be enquired into in any court.

It is on the basis of such a Presidential Order that an election is held be it Local Government, Parliamentary or Tobago House of Assembly. The relevant report of the Commission which is generally the schedule to the order contains the basic parameters necessary for the holding of an election.

Prior to the issuing of writs of any election, the President may by proclamation declare a period of electoral registration

The presidential proclamation specifies “… the election to which the proclamation relates, and (fixes) the date of commencement of an electoral registration.”

Soon after the date of an election is announced a Writ of Election issued under the seal of the President of the Republic of Trinidad and Tobago is addressed to each Returning Officer. All Returning Officers are appointed by the Elections and Boundaries Commission. Very importantly, a Writ of Election fixes “… the date for the nomination of candidates and the date for the taking of the poll.”

Nomination Day is held on a date not less than fourteen days after the day of issue of the Writ (of election).

Upon receipt of a Writ of Election a Returning Officer shall within two days thereafter and not less than twelve days before nomination day, publish in the official Gazette and in at least one daily newspaper an Election Notice. Also, copies of the notice are to be posted at the Returning Officer’s offices and at such other places in the electoral district as appropriate.

For more information on the electoral process see here: https://bit.ly/3eFFRKz

Kamla to sue Rowley for $2M in defamation lawsuit