PM: Government not magic, but management 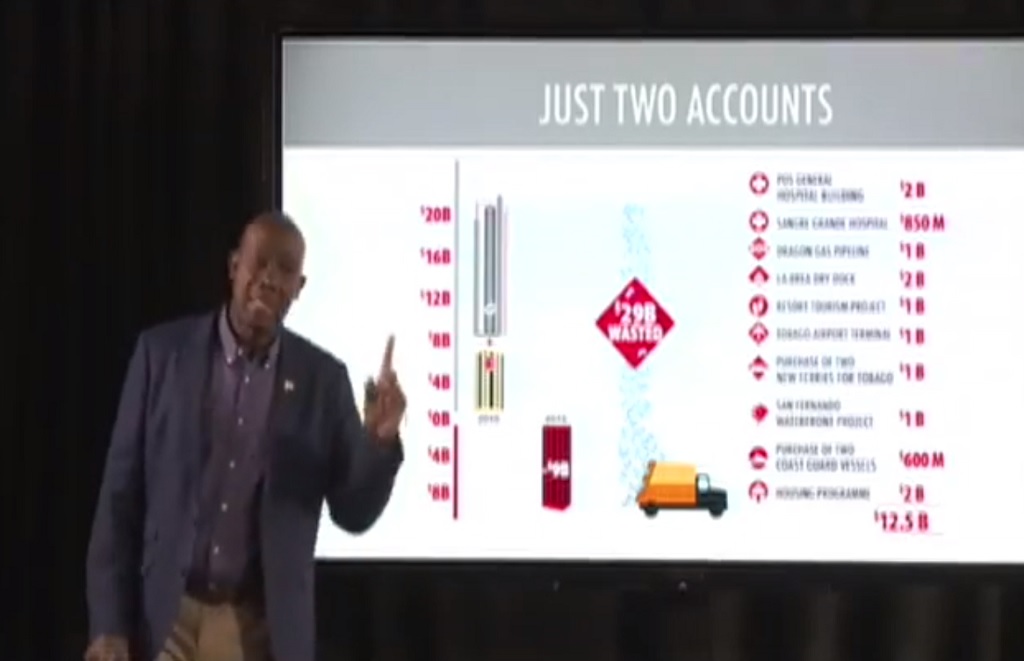 Prime Minister Dr Keith Rowley said good governance is not about magic, but about management.

In the first half of a two-part public address on Sunday titled 'Mind Your Business, It's Your Business', his first for 2019, Dr Rowley gave an overview of the country’s financial situation since coming into office in 2015.

Dr Rowley outlined a number of fiscal challenges which government was required to overcome when assuming office in 2015, one of which was increased expenditure.

He said approximately $29 billion in cash had been ‘burnt up’ under the People’s Partnership government.

“There was $14 billion in cash at the NGC. The government account had $6 billion in cash. By the end of 2015 those accounts were – NGC, gone, the $6 billion gone, and an overdraft of nine billion spent at the Central Bank. That is $29 billion of cash that was burnt up in that period."

"Never before did a government go into the NGC and just spend out all the money in the NGC...in fact in (election year) they went into the NGC four times...after four raids none was left," he said.

He also pointed to large sums of money which were borrowed just before the PNM took office in 2015. 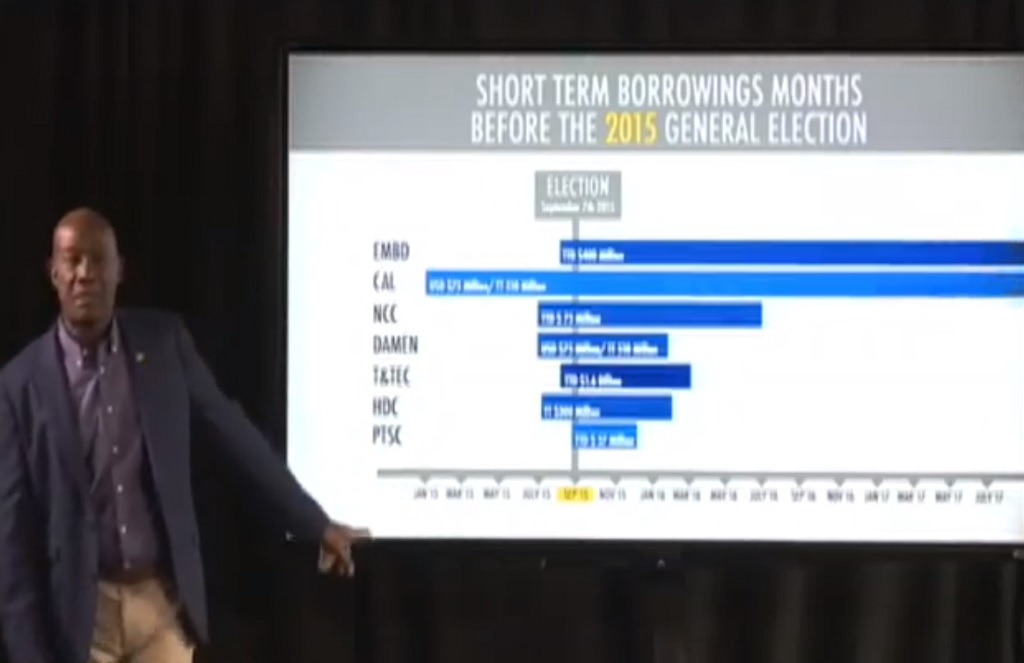 Dr Rowley pointed out the financial difficulties which the country experienced in 2015 was due to falling oil and gas as well as borrowing which increased the country’s debt, added to a fall in revenue and increase in expenditure.

“To maintain whatever existed at the end of 2015 you had to have $4.75 billion a month, you had to spend everything you earned and borrow…going forward. The new government could not continue like that otherwise we would end up in bankruptcy,” he said.

Dr Rowley said government is aiming to spend no more than $4 billion per month in 2019, which means $750 million less to spend.

“Our whole objective is to bring borrowing and spending and revenue in sync so it can be sustained,” he said.

"We met an expenditure rate of $170 million a day. That's what it takes to keep it going...we had to reduce that and reduced it to $140 million," he said.

Dr Rowley said the resulting economic situation has been difficult but necessary.

“I knew since I was a little boy, if you’re in a hole, the first thing you have to start doing is to stop digging and try to make your way out, that’s what we have been doing. The first thing we did was to reduce the size of the government…the government we have is running at $50 million dollars cheaper,” he said.

“Some jobs would be lost, some businesses would have to struggle but we are aiming to do what we have to do…on a sustainable basis. If we had continued trying to spend $170 million a day we would have bankrupted this country.".

"The government had to ensure that it put the country in a position where we can live, not from day to day…but for the future where we can give our children a chance," he said .

Dr Rowley also slammed detractors against the proposed Sandals Tobago project but did not address the project's environmental concerns.

“They rather see the country suffer and keep their political prospects in place rather than support us. Somehow voices in this country, pseudo-intellectuals…will tell you that the Sandals brand is bad for Tobago…tourism is an area in which we can do better and we will do better,” he said.

Dr Rowley also emphasised the necessity for an airport terminal, saying it is needed to expand Tobago’s tourism product.

“Tobago needs a proper airport terminal. As it stands now if a jumbo jet lands in Tobago and starts to offload or is loading, people are out in the carpark,” he said.

Dr Rowley said the issue surrounding the ferries will soon be resolved with the purchase of two new ferries, due to arrive in 2020.

“For the last two years the biggest scandal…is the ferry, the ferry, the ferry. We had two previous ferries that were bought by the previous government that were run into the ground. The same people who did that is making the ferry the number one issue…we know the solution to that is to buy two new ferries,” he said.

Dr Rowley also slammed opposition for allegations concerning the purchase of the ferries after claims that the issue had been referred to the Australian police.

Dr Rowley rubbished the claims, saying there was nothing questionable about the arrangement.

He also said two new patrol vessels would be purchased to maintain the country’s maritime borders.

“With all the guns we picking up in the streets…because we are not able to properly protect our borders. So we will invest in two vessels that can go out there…we need two because when one goes out another comes in,” he said.

He added that these expenditures would amount to less than half the money that was ‘burnt up’ under the PP government.

Regarding oil and gas revenues, Dr Rowley said government has opened negotiations regarding increasing tax revenues within the oil and gas sector.

“We know who our shareholders are…you are our shareholders and this is not acceptable. That is why last year we had the energy spotlight and said to the country that we are not going to accept this even though we have contractual arrangements. Those conversations have been opened…the government, unlike any other, has engaged this issue,” he said.

The second half of Dr Rowley's public address will be aired on Monday night.