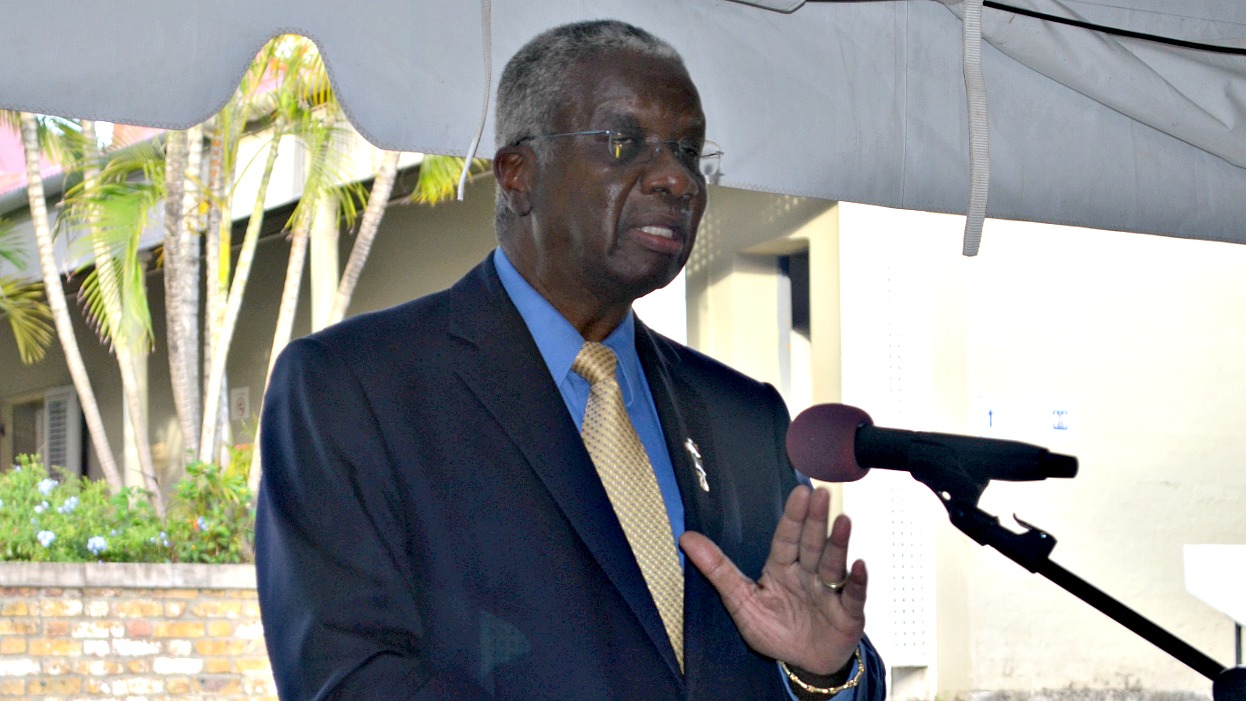 Barbadian Prime Minister Freundel Stuart insisted that contrary to what Barbadians are being led to believe, his administration has been having dialogue with representatives of the private sector and the labour movement.

But, he emphasised, while dialogue and consultation are important, the final decision on policy rests with the Government which has the mandate to make laws for the peace, order and good governance of Barbados.

"So whether you're talking financial policy, or social policy, or anything other kind of policy, according to the Constitution of Barbados, the Cabinet has principal responsibility for that," the Prime Minister reminded.

He was at the time giving a “status report” on Sunday afternoon during the Christ Church West Branch luncheon at Almond Bay, on the eve of a joint private sector and trade union-led march this morning.

The social partners say they are joining forces to press Government for dialogue and have called on businesses to close in order to allow employees to take part in a march, starting at 10:00 a.m. in Queen’s Park.

Several businesses have indicated they will be supporting this call to action, including Automotive Art, Woolworth, Carlton and A1 Supermarkets, Cave Shepherd, Williams Industries Group and more.

The trade union and private sector representatives refuted suggestions that they are seeking to pressure the Government to call early elections, but that the march is about seeking dialogue.

However, PM Stuart has warned Barbadians not to be fooled by this “new found fellowship” between employers and the labour movement, warning that cats and mice, lions and lambs, and mongooses and chickens make strange bedfellows.

The PM referred to occasions in the past month where Government officials have either met with or corresponded with trade union and private sector representatives.

This included a meeting with the trade unions on June 23 in which, the PM said, a union delegate tabled the proposal for them to meet again in three months to assess the revenue-earning success of the tax increases and whether it would allow for some measure of salary increase for public sectors.

He also referred to correspondence between himself and the head of the Barbados Private Sector Association, Charles Herbert, who gave him a 72-hour deadline (4:30 p.m. on Monday July 17) to schedule a meeting of the social partners to discuss fiscal policy.

The PM said that in his response, “I made it very clear that it was not the responsibility of the Government to arrive at a fiscal policy which would command the support of the Social Partners… Government should take away what it thinks is useful from consultation and dialogue but when all is said and done, the Government has to make the decision.”

Stuart asserted, “So far as a march to force the government to reduce a tax is concerned, let me make it very, very clear – that is not on. If the government comes to the conclusion that the tax is not achieving the objectives that it intended to achieve, it would have to look again. But the idea of any business entity in Bridgetown deciding that when the government is going to impose taxation of any kind, you have to get permission before you impose it – that is not on.”

The Prime Minister warned that there will always be people who believe they should be running Barbados’ affairs without running for public office.

“That is why it is thought [by those people] that fiscal policy should not be the sacred preserve of the Cabinet of Barbados. It should be something you discuss and find out what certain elements want and once you satisfy them then people of Barbados would have to take what is handed to them.”

But, he emphasised, “Nobody is going to get this Prime Minister to genuflect…to elements that have not faced the electorate but who want final decisions on Barbados’ policies and Barbados’ future to reside with them and them alone. It is just not going to happen.”

He also hinted that there were other "elements" at play in the background who have been agitating that the people cannot continue to endure this administration since it took office almost five years ago.

Noting that private sector employers are essentially paying their workers to participate in the march, the Prime Minister said he has deliberately made no attempt to intercede in the hopes of stopping the march.

“I do not want to head it off. I want it to happen. The people of Barbados have to see what is going on around here and how far people will go in the pursuit of their perverse objectives,” he said.