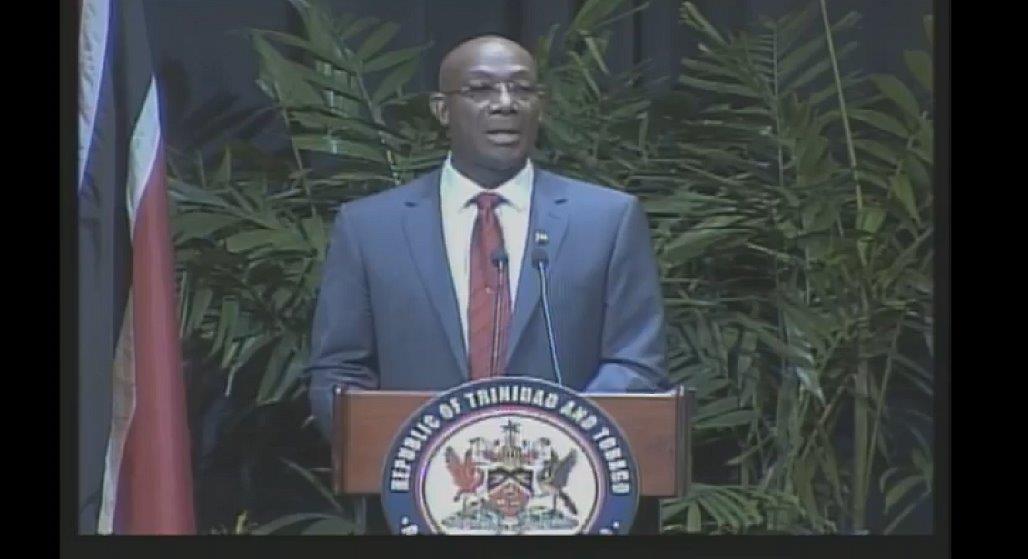 A focus will be placed on companies that can bring in significant foreign exchange to Trinidad and Tobago, while the country attempts to tackle excessive expenditure.

Prime Minister Dr Keith Rowley, speaking at a public address on Wednesday, said that focus will be given to companies which are focused on bringing in foreign exchange.

He said over the next three years government will focus on several sectors to ‘lead the revival’ and ramp up activity in several areas, including: 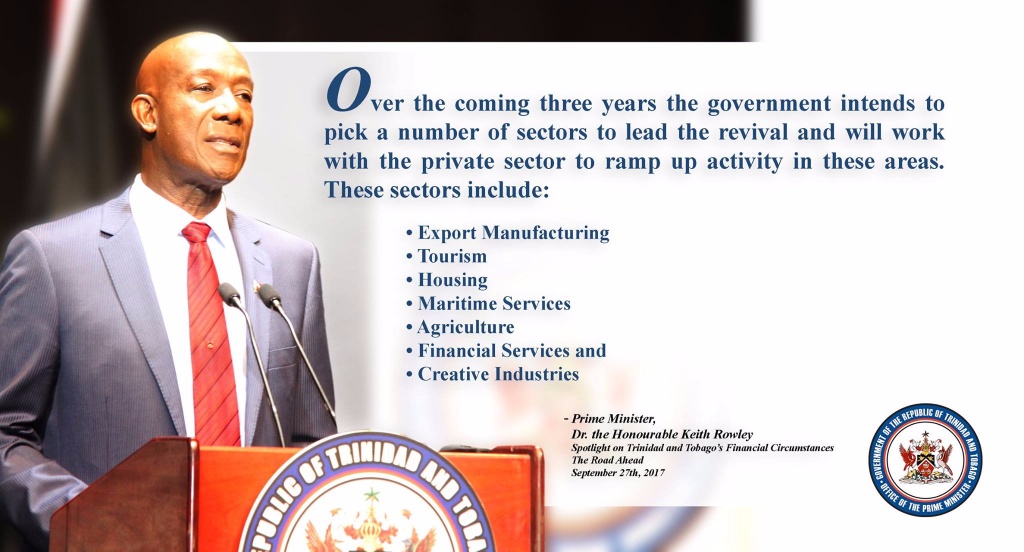 Dr Rowley said the fiscal regime will be configured to support the spawning of new businesses and getting existing businesses to create new activity.

"Three or four sectors will be selected each year with projects aimed at generating foreign exchange and new levels of output. The expectation is that the phenomenal investment we have made in education and human capital over the years will get opportunities to bear fruit for the country."

“Government is fully aware that we have to go beyond dealing with the gap between revenues and expenditure. What we have to do is to trigger the growth process and take the steps required to sustain growth once it has been restarted," Dr Rowley said.

Dr Rowley said that government has tried to keep employment stable while winding down on expenditure highs.

"The fact is that for the past 10 years the economic growth of the country has been on a downward slide. As a people, we must have the maturity to sensibly confront our circumstances, whatever they might be and take the best option available under the current circumstances," he said.

"The fact is that for the past ten years the economic growth of the country has been on a slight downward trend. So even if we enjoyed a few growth spurts in that period we were not able to maintain the growth, far less, increase it. From a rate of growth of 4 ½ percent in 2007 we reached just under 3% in 2013 and we have been declining steadily since then, with the 2016 figure almost negative 3%."

Dr Rowley added that government will also be taking steps necessary to ensure that it will be tightening its revenue collection mechanisms.

"The country, out of necessity should remain open to any and all suggestions to boost revenue levels. We are hopeful that today even at this late stage useful suggestions can still be put forward, if not for Monday but surely for the months and years ahead," Dr Rowley said.

Dr Rowley added that government will be putting new expenditure monitoring systems in place along with a new procurement system which will aim to keep expenditure low.

"The Government knows that it has to be cautious about dramatic expenditure cuts because of the possible negative impact on the level of economic activity in the country in an already contracting economy. What the Government has been able to avoid is putting the economy in a steep and dizzy, downward spiral because of the necessary expenditure cuts."

"Having said this, the country needs to know, that faced with a possible deficit in 2018 significantly about $14 billion dollars some further cuts in expenditure will be unavoidable. There will be some things which the country may want to happen in 2018 which will have to be postponed," he said.

Cutting down on foreign expenditure

Dr Rowley said that citizens will need to "hold some strain for now" during this period of transition.

"In this connection we would call on the country to support the national effort as we seek to prioritize the use of our limited inflows of foreign exchange."

"We will not be going back to the exchange controls we had in place before 1993, but we will certainly not be using up our foreign reserves to keep the exchange rate at levels which will maximize our imports."

"When we took the decision in 1993 to let the market substantially determine the rate of exchange, we were accepting, in principle, that we would live with any rate the foreign exchange market determined. It is nevertheless true that when we were in a period of favourable foreign exchange inflows, if the market called for a big change in the exchange rate, we would use our reserves and put enough currency in the market to keep the rate at a level with which we were comfortable."

"However, in this period of significant decline in foreign exchange inflows it will be unreasonable and dangerous to use up our foreign reserves as we were accustomed to. This would be paving our way into the arms of the IMF and that is something this government is NOT prepared to do."

"What this means is that the only way in which the exchange rate will be held to its traditional level is if we cut back on our demand, bringing the demand more in line with the reduced inflows."

"This is where prioritizing comes in. Our basic position here will be that first priority for foreign exchange will be given to those firms or industries that generate reasonable amounts of foreign exchange."

"If the demand for foreign exchange is not curtailed we will eventually be forced to live with the rate determined by the market. This is where holding strain and varying our taste come in," Dr Rowley said.

Dr Rowley clarified that these measures are not austerity measures advised by the International Monetary Fund, but a system implemented by government in order to prevent harsher measures.

"Let us not turn away our face from the harsh realities of our circumstances but confront them with boundless faith in our destiny, as we chart and steer the course to a future which will be achieved only because we knew when to take up our bed and walk confidently into a brighter tomorrow," he said.

Kamla predicts “a budget of excuses”