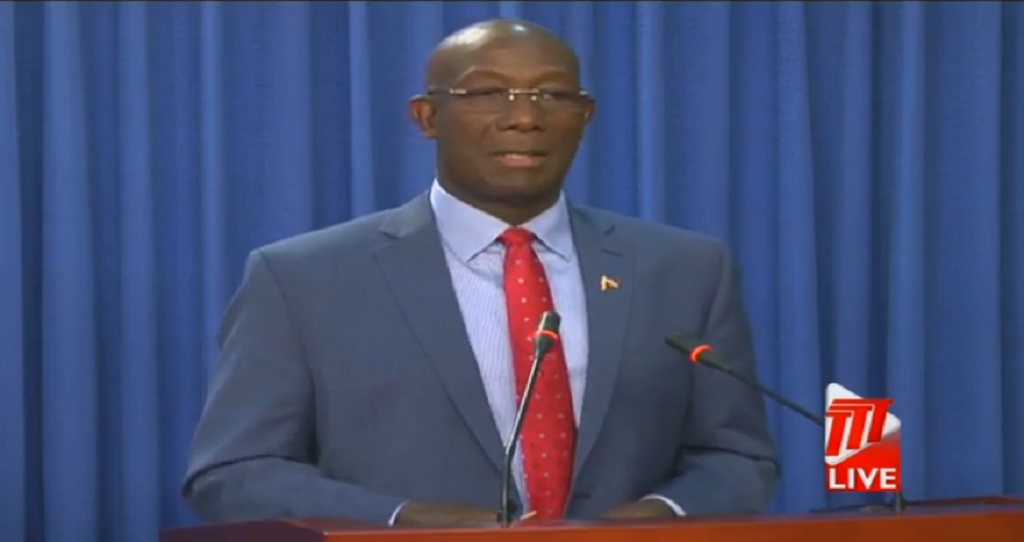 "We are not a nation led by a pied piper. We are serious people and if the law has to be amended, then so be it."

That was the sentiment expressed by Prime Minister Dr Keith Rowley who was addressing members of the media at the post-cabinet media conference on Thursday. He was referencing the Sedition Act Chapter 11:04 on the heels of the Opposition's proposal to repeal the legislation.

Commenting on the discourse, Dr Rowley says he has no issue with ammending the law. However, he says the Sedition Act has a role to play in the country so a repeal is out of the question.

"If we are going to repeal it, it has to be replaced with something."

"I have heard and seen one individual saying that all Muslims should be killed and those who not killed should be put in the desert in Saudi Arabia and such person end up in the Cabinet in Trinidad and Tobago. Is it ok for that to happen in our country? This country where every creed and race ought to find an equal place and we full of creeds and we full of races? Well it might suit the Finns not to have it because they're all one people in Finland but in Trinidad and Tobago where out of many, this one nation, we have to be careful that we don't leave it open to individuals to behave in a particular way which could have the result of destroying the harmony that we take for granted in Trinidad and Tobago."

The Prime Minister adds that the younger and future generations of Trinidad and Tobago deserve to live in a country that protects them from verbal assault.

"We want our children not to grow up in a society where I am free to abuse you and you are free to abuse me because we all have freedoms because freedom without responsibility could be dangerous."

Dr Rowley also criticised those who accused the government of pulling the strings of the Director of Public Prosecutions to ensure the arrest of the PSA Leader.

He says this could have negative implications for the country, especially in the way the world perceives the twin-island republic.

"We are misrepresenting our country. Why are we telling the world that in Trinidad and Tobago the Director of Public Prosecutions (DPP) is under the thumb of the Government and could prosecute people politically, why are we doing that? It's a lie!"

He countered that the police service and the DPP are independent organisations which operate outside of the influence of any political party.