PM: 'Help is on the way' for those stranded, affected by flooding 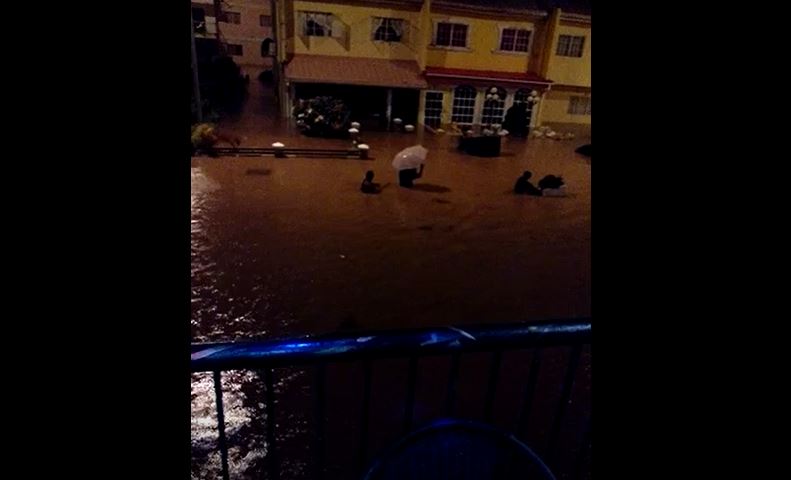 Following severe flooding caused by heavy and persistent rain over the last 24 hours, the Prime Minister is assuring citizens that ‘help is on the way’.

In a statement on Saturday morning, Prime Minister Keith Rowley said that the protective services and the representatives of the various Regional Corporations have been working on the ground to respond to the disaster in the affected areas.

The PM said that the Coast Guard and Defence Force have mobilised in the community of Greenvale Park, La Horquetta in an effort to rescue those residents who are still trapped in their homes by high flood water. Reports indicate the Prime Minister is currently in Greenvale Park assessing the damage.

Minister of Works and Transport Rohan Sinanan is reportedly on the ground coordinating support and the PM says Minister of Local Government and Rural Development Kazim Hosein is headed to the North Coast which has also been hard hit by the rains.

According to the statement, Minister of National Security Stuart Young is mobilising the Office of Disaster Preparedness and Management to conduct aerial reconnaissance so that the authorities can get a better scope of the intervention required.

PM Rowley assured the nation that the government, through its respective agencies is working to ensure that much-needed resources reach those who require assistance.

Some citizens have been evacuated to shelters overnight and the Prime Minister says that the government will be directing supplies to those locations.

In his statement, the PM took the opportunity to commend all those who have been working tirelessly under very difficult conditions to do what is necessary.

He says he is ‘truly heartened’ by the response of those who have volunteered their time and donated items to comfort and help displaced persons.

The PM encouraged citizens to remain vigilant and heed the warnings and alerts from the Office of Disaster Preparedness and Management and the Meteorological Office.