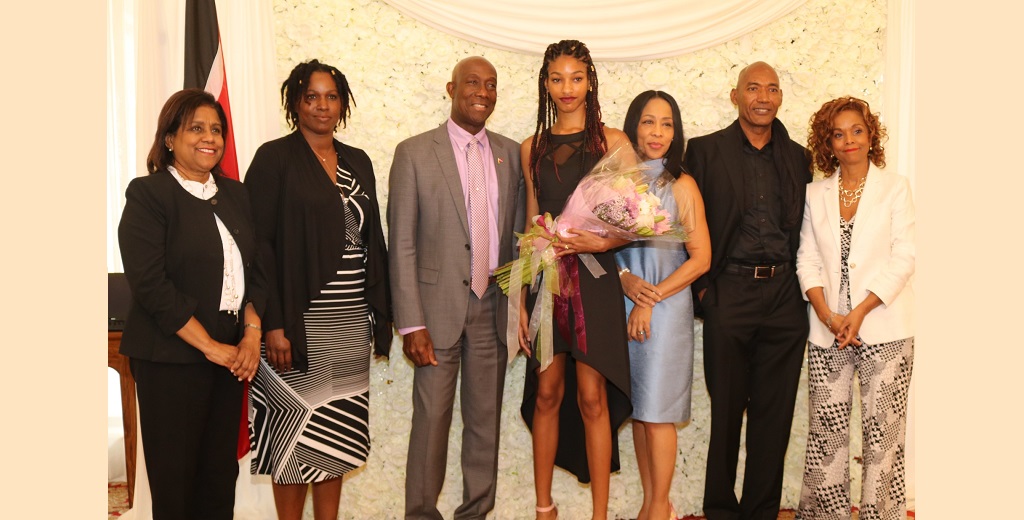 Naomi hails from the Diego Martin West constituency and emerged as the winner of the T&T’s Next Top Model 2015.

She has since walked some of the most prestigious shows for top fashion houses.

She is now signed to IMG Model Management and is represented by all six IMG offices (Paris, Milan, New York, London, Los Angeles and Sydney.)

At today’s event, Dr Rowley commended Naomi for being a shining example for other young people. He also commended her mother for the unwavering support and the sacrifices she made so that her daughter could live her dream of becoming an international model.

The Prime Minister also recognised Christopher Nathan for his role in Naomi’s success as well as the work he continues to do in the local fashion industry.

Naomi is home for a brief stay before returning to work for the upcoming fashion season in September.