PM: I did not withhold observers from the election 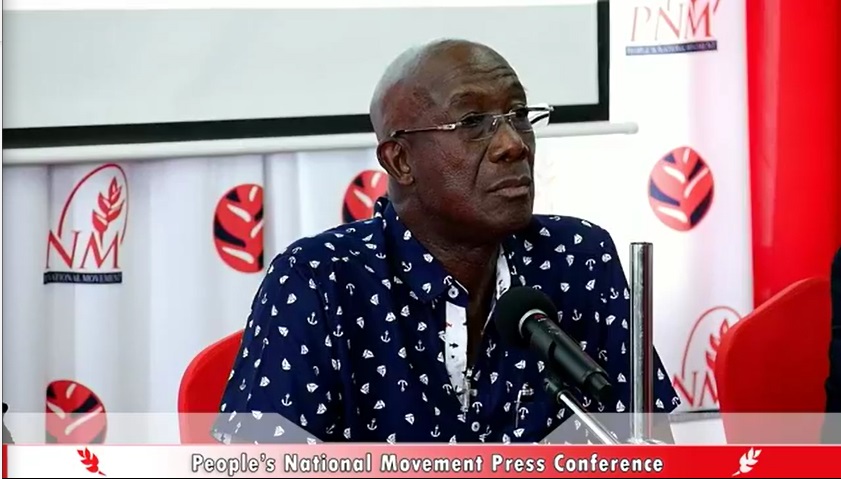 Despite publishing 16 pages of correspondence regarding his request for election observers to be present in last Monday’s General Election, Prime Minister Dr Keith Rowley found himself still having to speak on the matter in a press conference today.

After Opposition Leader, Kamla Persad Bissessar still claimed that there were missing pieces to the puzzle, Dr Rowley sought to add further clarity. After adding further context to the matter, Dr Rowley trained his thoughts on the unrelenting Opposition Leader for her accusation that the government deliberately attempted to hold the observers back.

“It is against that background that I take umbrage at the misrepresentation by the Opposition Leader, who has been deliberately trying to do the usual, which is to create a story devoid of any facts and truth, but coming from her mouth, somehow, should be taken seriously,” he said.

Dr Rowley also dismissed claims made in the media that he took steps to withhold observers from being part of the election. He said there’s absolutely no truth to the claims and finds it unfortunate that they have ‘abused their position in the media’.

“I just want to remind some people, that facts are valuable and they can only get so far with this persistent lying from official sources. I’ll leave that for the leader of the Opposition in her difficulty, whatever difficulty she may have, I am afraid I can’t assist her,” he said.

The Opposition Leader also raised issues about the Election and Boundaries Commission (EBC) who spearheaded all the recounts requested following last week’s election. In stark contrast to the Opposition, the Prime Minister says he thinks the EBC has done its part adequately.

Prime Minister Dr Keith Rowley will be sworn in tomorrow along with a new cabinet.

New PNM government to be sworn in on Wednesday