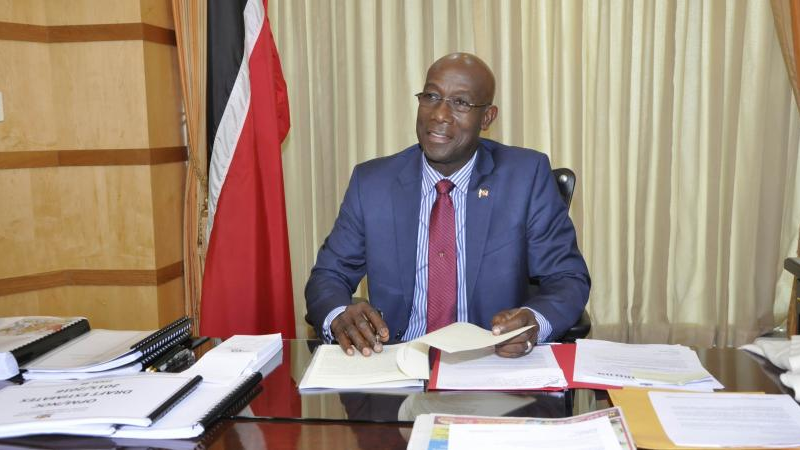 In a statement issued on June 19 to commemorate Labour Day, Dr Rowley said government stands with the labour movement in upholding the struggle "for what is right and just".

"The forbearers of the trade union movement struggled for what they ultimately saw as a chance for a better life for workers; fair wages and better working conditions. They saw the power of doing so collectively and ladies and gentlemen, that overarching premise remains the same."

"Granted that much change and development have taken place since 1937 we must all however, stay true to a few overarching principles."

"We should continue to hold out that our remuneration must be commensurate with our productivity. We should adhere to the tenets of good industrial relations practices."

"We should be ever mindful of our economic climate or in simpler terms the size of the proverbial pie from which we all hope to have a piece and what we could do to ensure that pie grows and expands for future generations," he said.

Dr Rowley added that goverment, labour, and workers must all work together in order to move forward.

"Government and Labour are not pursuing opposing objectives. Moreover, this Government has a strong and longstanding history of mutual support with Labour. And in the same way that the trade union movement was born out of the struggle for what is right and just, so too does this Government stand unwaveringly for those same ideals."

"Workers make up the majority of our society. Our nation is built upon their hard work, honest toil and dedication. While we all readily acknowledge that most of us as individuals work with the aim to enjoy a better standard of living, we must also recognise that this individual goal is also the national objective being pursued by the Government. Indeed, the micro and the macro objectives are inextricably linked. We want the same thing and the odds of us achieving our goals are greatly improved if we all work together," he said.

Dr Rowley thanked those who paved the way for workers' rights in Trinidad and Tobago.

"June 19th 1973 was the first time that Trinidad and Tobago celebrated Labour Day as a public holiday. It is the anniversary of the Butler Oilfield Riots of 1937 when the on-going tensions between employers and workers came to a violent head."

"Prior to the riots, worker abuse, underpayment and racism were common place in many sectors throughout the country. Workers recognised a grave disparity between the work they put out and their remuneration as well as their working conditions which translated to a poor standard of living. This growing sense of dissatisfaction among workers gave rise to leaders such as Captain Arthur Andrew Cipriani, Adrian Cola Rienzi, Elma Francois, George Weekes, Albert Gomes, C.L.R. James and Tubal Uriah Buzz Butler."

"It was Butler, a worker in the oilfields, who has been credited as most instrumental in the development of the trade union movement in Trinidad and Tobago. He advocated and led workers in the struggle to address worker abuse and discontent collectively. Suffice it to say that the trade union movement came into being by standing for what is right and just in society."

"It is with this in mind that I join with the Labour Movement and all the citizens of Trinidad and Tobago in celebrating Labour Day 2018."

"We have indeed come a long way and we certainly still have a challenging journey ahead in light of our formidable economic challenges."

"However, if we band together with a view to attaining our objectives, underpinned by our common desire for what is right and just, we would undoubtedly increase our chances for success and a better standard of living for us and our children," he said.