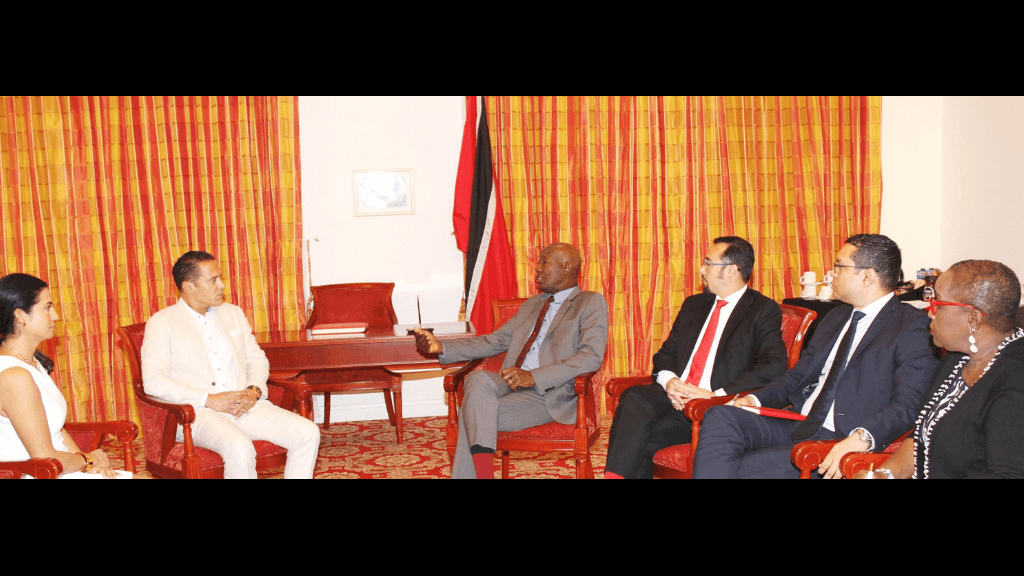 Photo courtesy the Office of the Prime Minister.

The meeting, which took place at the Diplomatic Centre, St Ann’s on Wednesday focused on Sunwing’s interest in an increased presence in Tobago including an interest in the operations of the State-owned Magdalena Grand Beach and Golf Resort.

Sunwing Travel Group, which is the largest integrated travel company in North America, recently acquired a chain of Rex Resorts’ Caribbean hotels and is now the owner of Turtle Beach Hotel in Tobago.

Minister of National Security, Communications and Minister in the Office of the Prime Minister, Stuart Young, Minister of Tourism Randall Mitchell and Minister of Planning and Development Camille Robinson-Regis also attended the meeting.

Sunwing to launch its first route to Tobago