PM: No new measures, but wear your masks 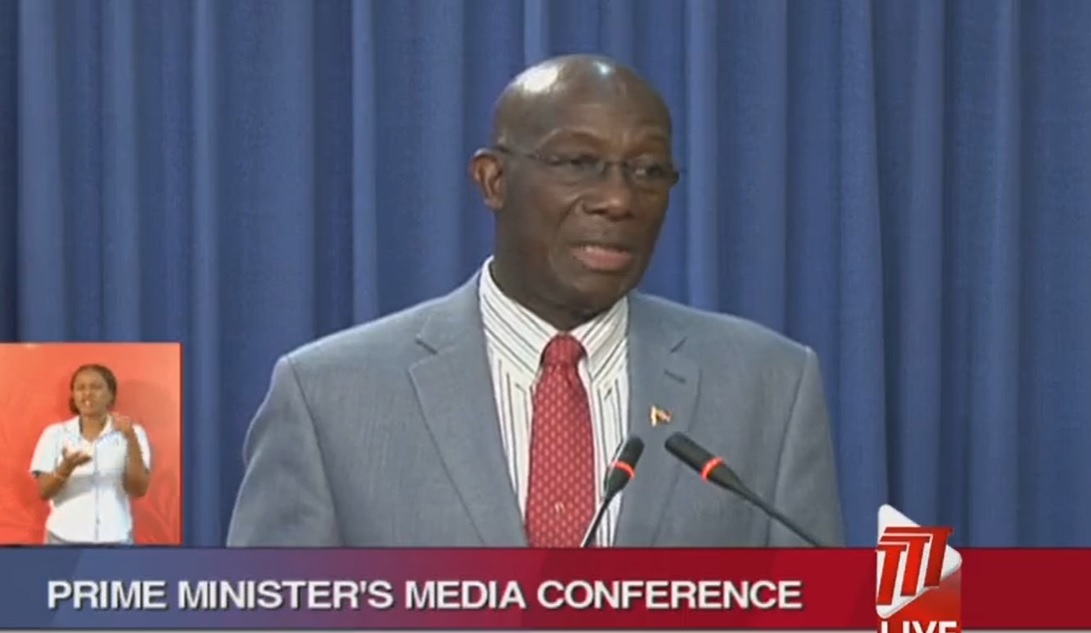 Prime Minister Dr Keith Rowley says that there is no local data that suggests that current COVID-19 measures should be relaxed or more restrictive, but even so, he is again calling on the public to take mask-wearing seriously.

Speaking at a media conference today, Dr Rowley explained that the 28-day period he initially specified for the rollback of measures will be maintained; this means that new measures will be revisited between September 13 and 14.

Even so, the Prime Minister says that he will be meeting with Health Ministry officials to determine whether the 65 per cent capacity request made by the Maxi Taxi Association can be accommodated. The idea of allowing taxis to have one passenger per window will also be discussed.

“We have looked at it and I will advise the Minister of Health to meet with the maxi taxis, but we are minded to allow that and in taxis an arrangement that would allow one person per window per vehicle,” he said.

According to the PM, the hope is that by Monday mask-wearing will become law. The debate on the legislation governing penalties for lack of mask-wearing was passed in the Lower House yesterday and is being debated in the Senate today.

“Hopefully by Monday, it would be illegal to be out in a public place (without a mask). Unfortunately, it had to come to this but we always said that we would do what we had to do to get the appropriate response,” he said.

Dr Rowley says that while he understands that some people may find themselves scrambling to be compliant with the new law, it’s better to be safe than to have to pay.

“I’ve heard it being said again in the parliament that poor people can’t afford the penalty. Well, the best thing you could do is put on the mask and then there’s no penalty,” he added.

He also turned his gaze on those who’ve been non-compliant with regards to the amount of people allowed to gather. Dr Rowley says he received an invitation to a party in which he ‘only had to pay $50 if he came early’, he said he passed the information on to the police.

“I am just fed up of people just playing the fool when we are talking about lives and livelihood and those who have to party then we have to police them,” he said.