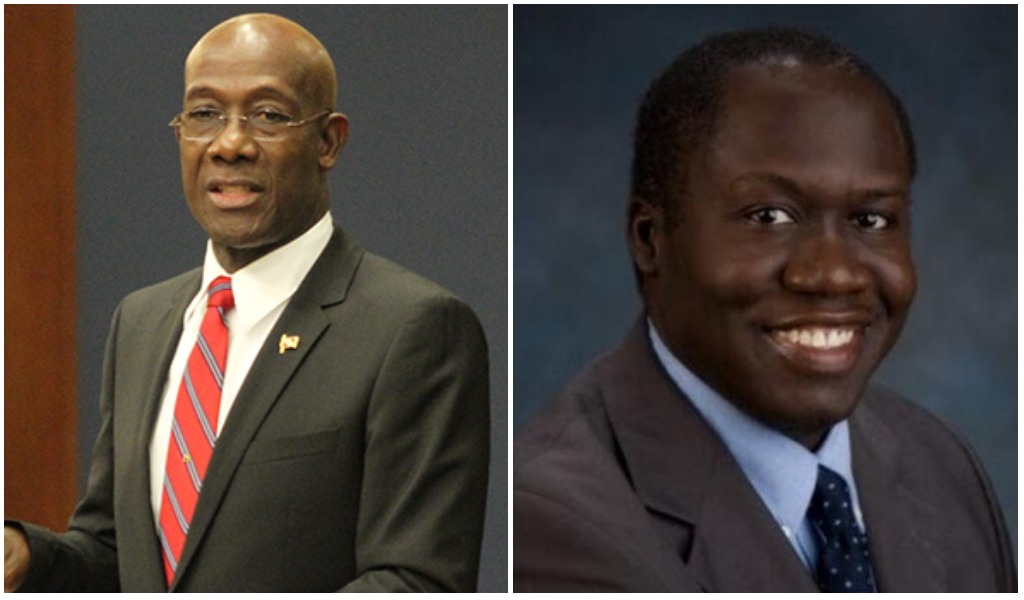 Prime Minister Keith Rowley has sought to defend the money spent by government on the medical bills of La Horquetta/Talparo MP and Government Minister Maxie Cuffie.

In parliament last week Friday, Rowley in response to a question from the Opposition revealed that government spent over two million dollars on Cuffie’s medical bills to date.

Related article :Over TT$2 million for Cuffie’s medical treatment, according to PM

He said he was told that Cuffie was making progress and likely to return soon.

Speaking at a public meeting in La Horquetta/ Talparo on Thursday night, Rowley said he believed the question was asked in an attempt to hurt or embarrass the government.

He defended the hefty bill saying he took a decision many years to do what he thinks is right.

This after he told a story of a man called Winston Ali who in 1991 gave up his profession to run for the Caroni Central seat on a People’s National Movement (PNM) ticket, however, did not win.

Rowley claimed that PNM government ministers and MPs were afraid to find a job for Ali because they were afraid of what the Opposition would say.

He said Ali later killed himself and his family after failing to secure a job.

Rowley in defending government’s expenditure on the medical bills of the La Horquetta/Talparo MP said he took a decision on that day to do what he thinks is right.

This as he said the government had no difficulty in helping Cuffie with his medical bills.

Rowley told constituents that their MP was out of the country recuperating.

He said it is hoped that he would return to continue his job.

Cuffie fell ill on September 7 last year and was taken to the St Clair Medical Centre in Port-of-Spain following what was described as a “medical episode”.

The nature and extent of the Minister's illness were never disclosed, however, there has been widespread speculation that he may have suffered a stroke.

Earlier this week, Minister in the Office of the Prime Minister Stuart Young revealed that foreign travel for Dr. Rowley and his official delegation between June 1, 2016, and September 30, 2017, cost taxpayers two million dollars.

Rowley said this figure was justified, as the trips yielded results.