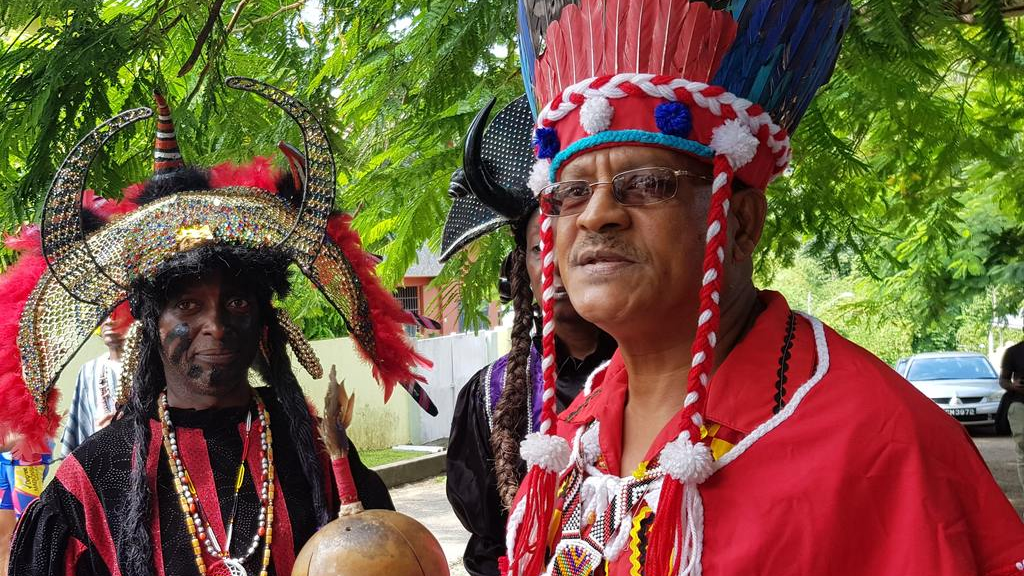 “Every strand of our cultural tapestry is important.”

This, according to Prime Minister Dr Keith Rowley who said the duty to preserve the country’s historical legacy is incumbent on all citizens and not just the duty of one segment of the population.

He made the comment as he paid homage to T&T’s indigenous community as the country celebrates First People’s Day.

In extending best wishes to the country’s indigenous people, Rowley said the Santa Rosa First People’s Community has been at the forefront of strides to ensure that Trinidad and Tobago’s culture remains infused with the rich legacy of our indigenous people.

Hailing the community’s courage and tenacity, the Prime Minister said citizens can find characteristics worth emulating in Warrior Chief Hyarima.

“Hyarima devoted himself to preserving his people’s way of life and to expelling the Spanish invaders from his ancestral lands.

No doubt the beloved late Carib Queen Mrs. Jennifer Cassar also found inspiration from this great warrior as she too dedicated her life to service in like fashion.”

Rowley took the opportunity to recognise the work of the late Carib Queen and their Chief in securing a one-off holiday in 2017 to formally recognise their Community’s presence and contribution to T&T.

Noting the theme of this year’s First People’s Heritage Week ‘Strengthening National and Regional Indigenous Identity’ the Prime Minister said over the years the Santa Rosa First People’s Community has been at the forefront of strides to ensure that Trinidad and Tobago’s culture remains infused with the rich legacy of our indigenous people.

“The courage and tenacity of our First People’s is woven into our identity.

Their dedication to preserving and revitalising Amerindian history and traditions is beneficial to us all,” Rowley said.

He added that it is becoming increasingly important that the elders of the community pass on their knowledge and experiences to the next generation.

He expressed delight that strides are being made in this regard.