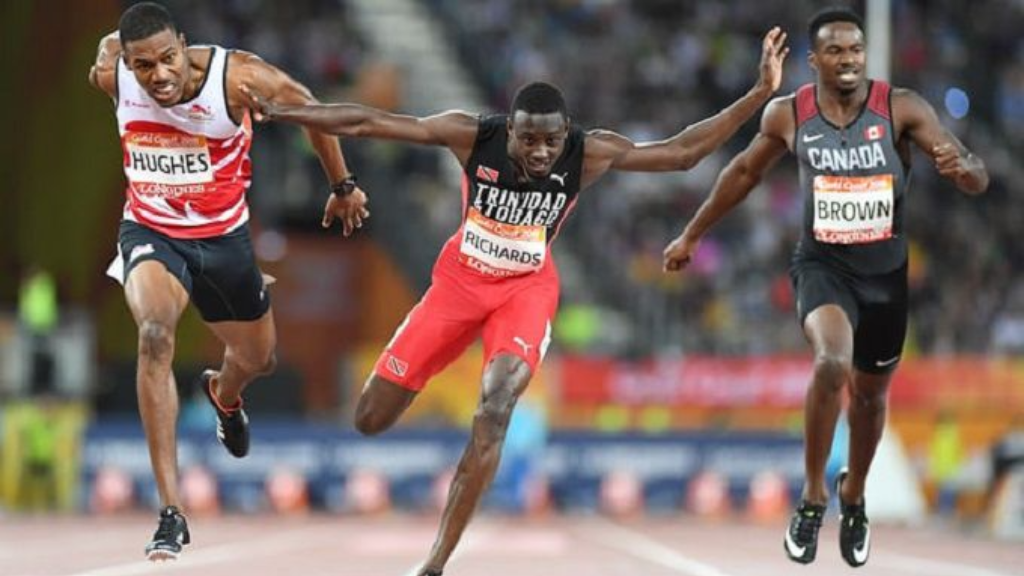 T&T athlete Jereem Richards continues to receive praises following his victory in the Men’s 200m final at the Commonwealth Games in Australia on Thursday.

In a statement, Prime Minister Prime Minister Dr Keith Rowley congratulated Richards on his hard-fought victory, stating that he has simultaneously carved out a place for himself in the history books of our nation.

“Trinidad and Tobago has yet another reason to be proud, following the stunning performance of Jereem Richards in the 200m men’s final at the Commonwealth Games yesterday.

Not since 1970 has an athlete from Trinidad and Tobago earned a medal in the 200m men’s event at the Commonwealth Games. With this victory, Mr. Richards has also secured this nation our very first gold medal in that category. He has every reason to be proud of this achievement, given his persistence and dedication to his discipline over the years,” Rowley said.

Commending Richards on his tenacity and sportsmanship, Rowley said the young athlete’s performance was no doubt one of hard work and sacrifice.

“These qualities most certainly contributed to his capacity to run a challenging race, without losing focus and emerging victorious in the end. Despite the outlook. In spite of the seemingly insurmountable odds that he faced in the final stretch, Jereem gave it his all. He didn’t falter. He never gave up. And in the end he prevailed.”

The Prime Minister added that Richards’ victory will certainly boost the confidence of local athletes as they too seek to excel in this field.

“On behalf of the Government of Trinidad and Tobago and my fellow citizens, I commend Jereem on his accomplishment and wish all of our athletes at the Games continued success on the world stage,” he concluded.