PM on re-election: I won’t cry if I don’t win 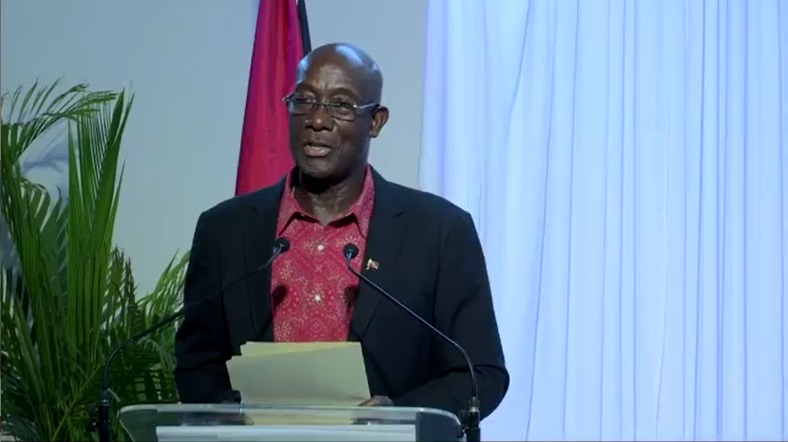 Speaking at the opening of the Bagatelle Community Centre, Dr Rowley says he can leave office knowing he did everything he could for the people of Trinidad and Tobago.

“I’m going to the polls on August 10 and if I’m not re-elected, I won’t cry because I would have completed the abandoned projects not only in Diego Martin but in the country of Trinidad and Tobago,” he said.

Referencing the Carenage Fishing Complex, the Diego Martin Sporting Facility and a host of other projects undertaken during his tenure, Dr Rowley implored the importance of representation.

He said it was unfortunate that between 2010 and 2015, when the former administration was in power, so many projects were left undone.

“We started building here in 2007...... the government changed and during the five-year period when the development programme in this country was in a budget that was the five largest budgets in the history of this country, for five years, this community centre remained as an abandoned, partially constructed foundation,” he said.

Reflecting on an incident where he says a former Minister of Agriculture refused to follow the instructions of the then Prime Minister to build the Carenage Fishing Depot, Dr Rowley says it was then that he realised how disjointed their party was.

“The Minister of Agriculture then went down to Carenage to look at it and said ‘Nah, we not spending that money here’ and walked away even though the Prime Minister had said to in the Parliament to the Parliament and the country, it was such an indisciplined cabal that that Minister could have gone to the site, take one look at it and he right then and there decided that it was not going to be built,” he recalled.

He says he's proud of what he's been able to accomplish during his tenure as Prime Minister.