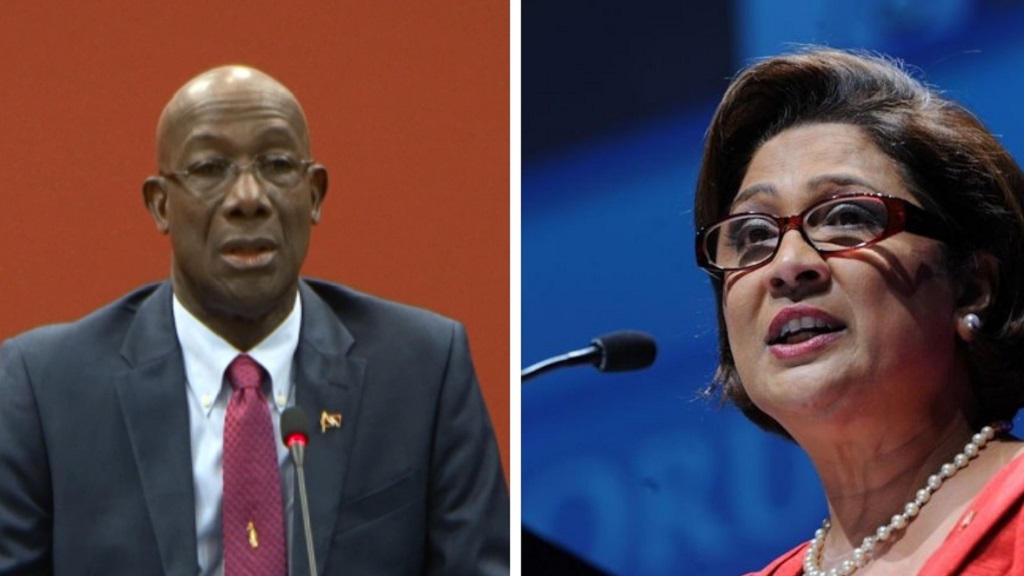 In a letter submitted on Friday to the Commissioner of Police, Director of Public Prosecutions and Integrity Commission, Persad-Bissessar said there are “strong grounds" for suspecting that several criminal offences may have been committed as well as the possible breach of several provisions of the Integrity in Public Life Act and the Code of Conduct.

In his own statement made on Saturday, Rowley called Persad-Bissessar’s behaviour ‘ridiculous’, stating that as Senior Counsel, the Opposition Leader must know that the choice to keep the report out of the public eye is a result of “legal caution provided by authorities outside of the Office of the Prime Minister and the Office of the Attorney General.”

The Prime Minister said it was he who was passed the report to the Permanent Secretary of the Office of the Prime Minister for any Public Service action which might have been deemed necessary.

However, the Prime Minister said they received legal caution against releasing the report to the public because Smith “had not been allowed to defend himself” in the course of the report being prepared by the committee.

In his statement, Rowley said, “What is most irresponsible about all this is that if there is one office holder in the country who should know and behave better it is the Opposition Leader who has first-hand experience as a Prime Minister who, against proper advice, irresponsibly released a faulty report, in the Anil Roberts criminal Life Sport scandal and by so doing derailed the investigation and resulted in a successful court challenge by Mr Roberts. This action of Mrs Persad-Bissessar resulted in huge costs to taxpayers at the end of the court process.”

Rowley said he rejects any notion of a cover-up and he condemned the “naked hypocrisy” of Persad-Bissessar’s accusation.

He maintained, however, that he is ready to fully cooperate with any investigating entity “in the full knowledge that the public will benefit from the facts as separate from any speculation, conjecture or malice from any quarter.”