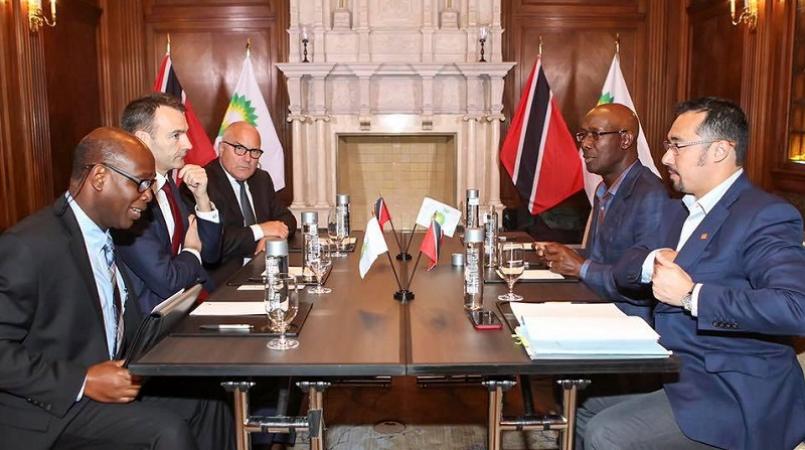 In a release, the Office of the Prime Minister said Dr Rowley returned to on Saturday following a series of meetings held from March 29- 31 with major international energy companies in Houston, Texas.

Following the wrap-up of meetings on March 31, Prime Minister proceeded on vacation leave for one week.

Dr Rowley and Minister Stuart Young met with representatives from bpTT where it was agreed that the Angelin project will continue and that the company will invest US$5 billion in future development – which is expected to assist in the alleviation of the current gas shortage.

Development of Angelin, coupled with the TROC, Juniper and Dragon projects, will stabilise gas production against a projected decline.

Also, following a meeting with senior members of the Shell executive team, the energy giant expressed its willingness to play a leading role in unlocking this country’s future oil and gas potential and building a stronger competitive position in the country.

Rowley, along with Minister in the Office of the Prime Minister Stuart Young were invited by the company to hold discussions on various initiatives.

At Exxon, Dr Rowley and Young discussed the latest finds in Guyana and it was revealed that Government is set to sign a new Memorandum of Understanding (MoU) with the Government of Guyana.

The Government hopes to refine their blend of oil from Guyana at Petrotrin which, Young said, will be cheaper than transporting oil from Nigeria.

At EOG, the Prime Minister and Young discussed prices and volumes and they were invited to look at our stranded fields. EOG, said Young, is a small production company similar to Perenco, which acquired 70 percent interest in the Teak, Samaan and Poui block formerly owned by Repsol.

Minister Young said EOG is committed to conducting significant 3D seismic work and they are willing to progress on that depending on the price.