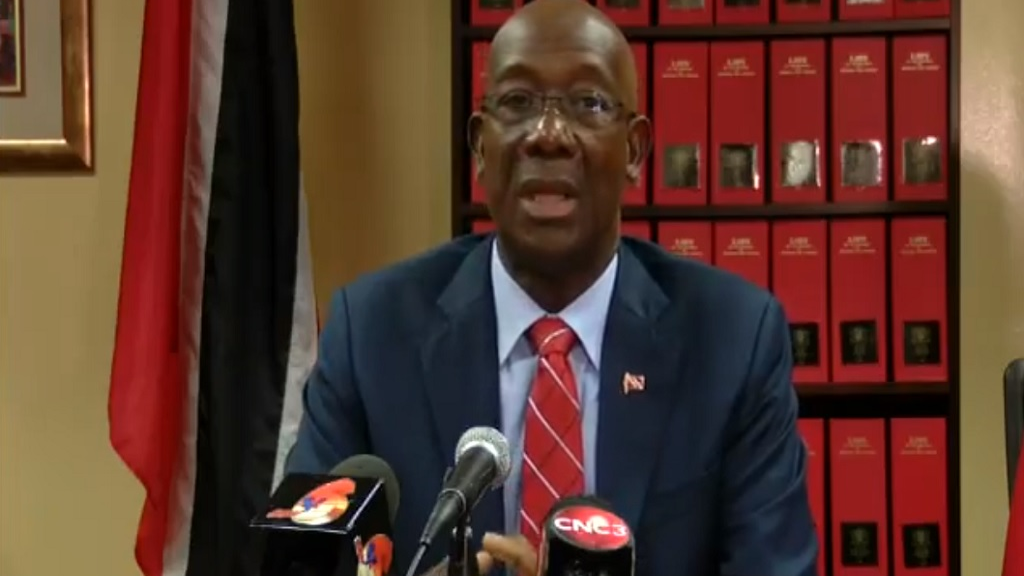 Prime Minister Dr Keith Rowley slammed persons sharing ‘a basket of lies’ about the recent flooding in Greenvale Park, saying that approvals for the project had been granted prior to its development.

Dr Rowley’s comments were made after former housing minister Dr Roodal Moonilal said the Greenvale Park development had been started without approvals from the Town and Country Planning Division (TCPD).

Speaking to media on Friday, Dr Rowley said there are persons seeking to score political points and said flooding previously occurred at the site in 2009 and 2010.

“Some interested parties in the political arena are seeking to score points by pointing fingers at persons to create responsibility and in some instances to completely misrepresent the situation," he said.

Dr Rowley said the Greenvale area, which was acquired by the NHA for the purpose of public housing, consisted of approximately 200 acres of land which was approved for purchase in 1979 (planning permission code T3F-/2/3657/79).

He said by 2002, although there was outline approval for residential and industrial planning, a ‘different point of view’ existed at the TCPD for agricultural and homestead areas instead.

He said in 2012 the TCPD submitted drainage proposals for Phases One to Three and at that time no development would be permitted for Phases Four and Five due to drainage issues.

“There’s no need for anybody to come with a basket of lies to promote themselves, to share blame to Tom, Dick and Harry.”

“In this country there is pressure on land for development. Greenvale, like Las Lomas, like Oropouche, like Warren, like Kelly Village, were exposed to excessive water and flooding took place. There’s no need for anybody to lie about that.”

“Even though there were concerns and issues, there were solutions to the issues, and approvals were granted for Phases 1-3,” he said.

He added that a report was submitted by Trinity Housing Limited citing flooding incidents in August and November 2009 and May 2010.

Dr Rowley said the company pointed at issues concerning water from the detention pond which overflowed into the residential site. Additional flooding was noted from the Caroni River into the site.

He said the company submitted a quote for a floodgate system to alleviate the flooding.

“What this is saying is that there is an engineering system that could alleviate this problem,” he said.

Planning Minister Camille Robinson-Regis said a drainage study was done on the site of the Greenvale community in 2012 by Royal Dutch Haskoning Caribbean Ltd.

The study was done for the Ministry of Works and Transport Drainage Division and recommended several measures to mitigate flooding in the Caroni River Basin, however, nothing was done since the study.

“Once the study was completed (in 2012) it would appear as though nothing was done and the studies are on the shelves,” she said.

She said the Haskoning report recommended flood measures through the strengthening of river banks, reducing health hazards causing floods as well as sedimentation and erosion in rivers.

She added that there were several flood mitigation strategies including detention ponds, water pumps and the distribution of flood bags to residents.

Robinson-Regis said the HDC took responsibility for coordinating the disaster response and sent in clean-up crews to assist residents, along with a social services team.

She added that officials are repairing the infrastructure.