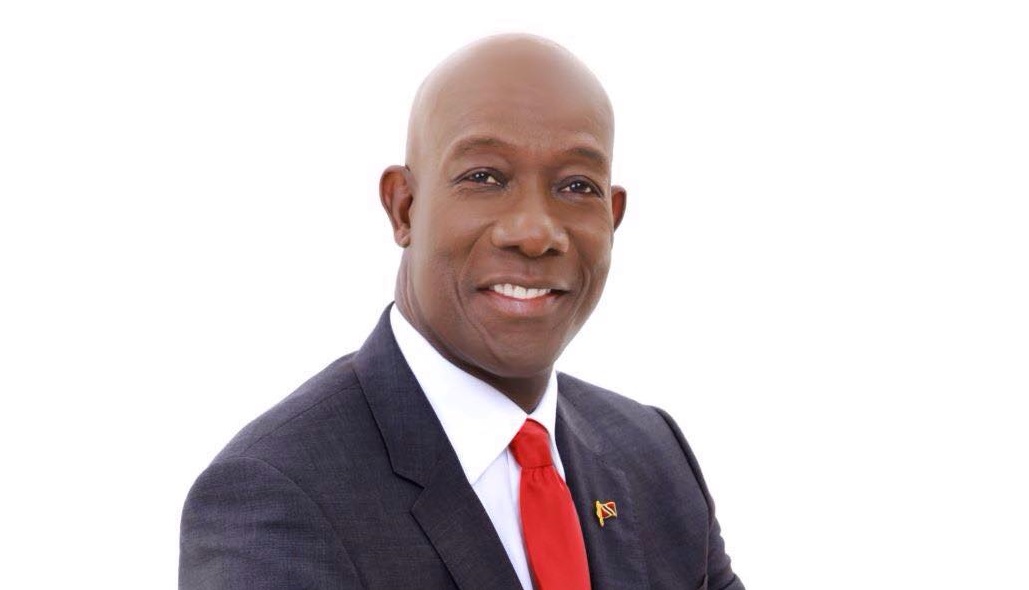 Prime Minister Dr Keith Rowley has criticised the British High Commissioner's response to the BBC's coverage of the Government's handling of the Venezuelan migrant situation.

In a media conference on Monday, Dr Rowley announced he was going to formally complain to the UK Government about the BBC feature called The Displaced: When 40,000 people hit a tiny island, which was released earlier that day, as he said it misrepresented the country.

High Commissioner Tim Stew, on the official page - UK in Trinidad and Tobago - British High Commission, Port of Spain - said his Government would not intervene.

"The Government have brought to my attention a BBC documentary on Venezuelan migrants. As I have said, the UK’s commitment to freedom of expression means that the UK media, including BBC, are independent of the UK Government."

However, seemingly unimpressed, Dr Rowley pointed out that the BBC is a state-owned media house. He further demanded a better response.

"The BBC gets billions of pounds from the UK Government to carry on their business. They mirror and reflect British Government policy. The UK Government determines and causes all television users to pay a licence fee to them. They send coded messages around the world for the British Government. That is not the response we want from him. He must respond to whether the BBC presented our Venezuelan situation in a truthful and professional manner."

See the Prime Minister and the UK High Commissioner's post below: 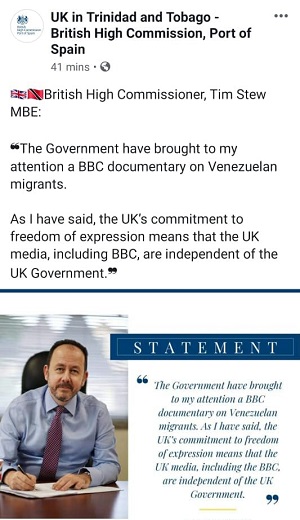