St Lucia on hurricane watch, shuts down ahead of Dorian 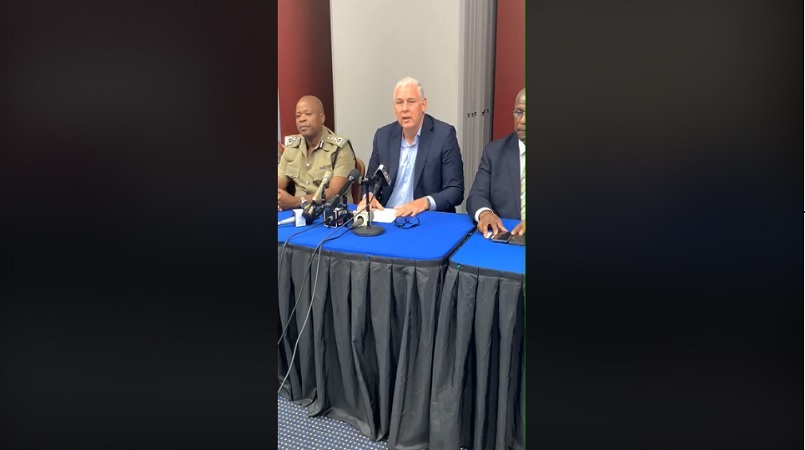 St Lucia is under a hurricane watch as Tropical Storm Dorian approaches. The storm is expected to pass through by 2 am.

The government held a press conference on Monday in which Prime Minister Allen Chastanet called for the country to be shut down by 6:00 pm as we are, "expecting the worst."

This is due to the "heavier weather" being above the eye of the storm and the position of the storm expected to be below the island as it passes, meaning that the entire island would experience the harshest part of the storm.

Watch the press conference below:

Rainfall of between 6 to 10 inches is expected, along with hurricane winds. At this time it is expected that Dorian will be a category 1 hurricane when it impacts St Lucia. However, the prime minister noted that much can change between now and 2 am. 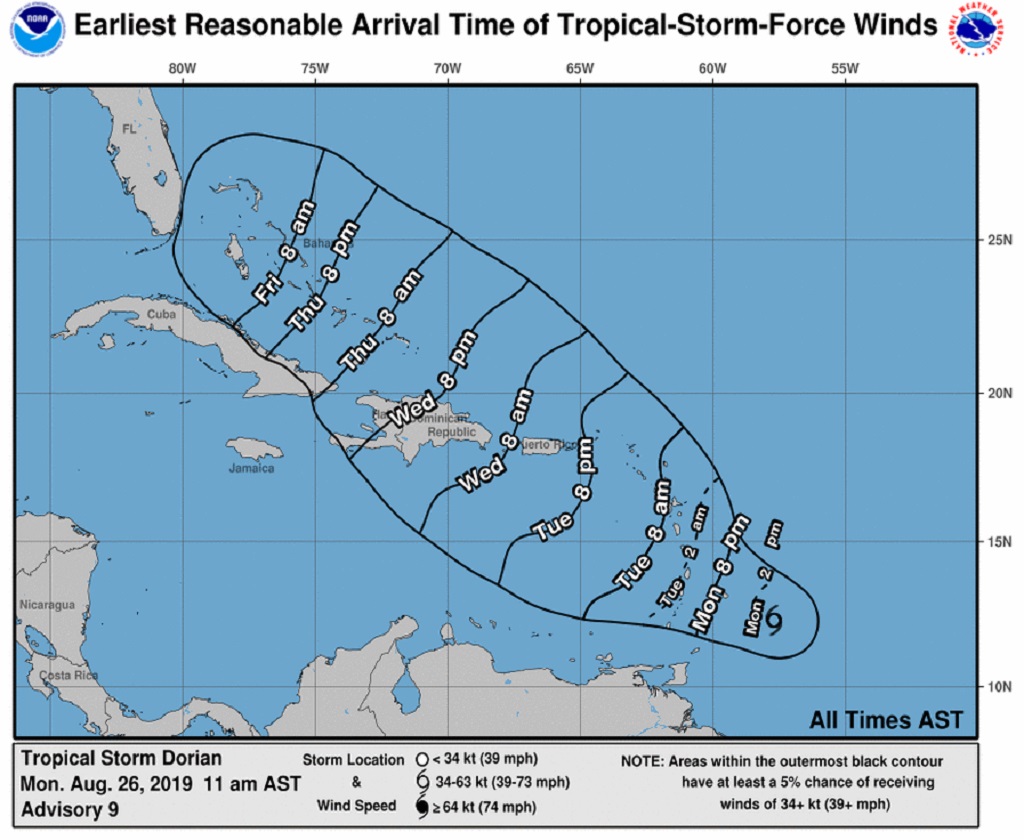 Prime Minister Chastanet said that by shut-down time, everyone should either be at their homes or in a shelter. Only when NEMO gives the all-clear will the shut-down end.

Interests in Puerto Rico, the Virgin Islands, and Hispaniola should monitor the progress of Dorian as watches for these areas later could be required later today.

The NHC said Dorian was expected to be near the Windward Islands by late Monday into Monday night, and move into the eastern Caribbean Sea on Tuesday. Dorian is expected to pass near or south of Puerto Rico on Wednesday and approach eastern Hispaniola Wednesday night.

Dorian is expected to produce 3 to 8 inches of rainfall from Martinique to St. Vincent, including Barbados, with isolated totals as high as 10 inches in portions of the northern Windward Islands.