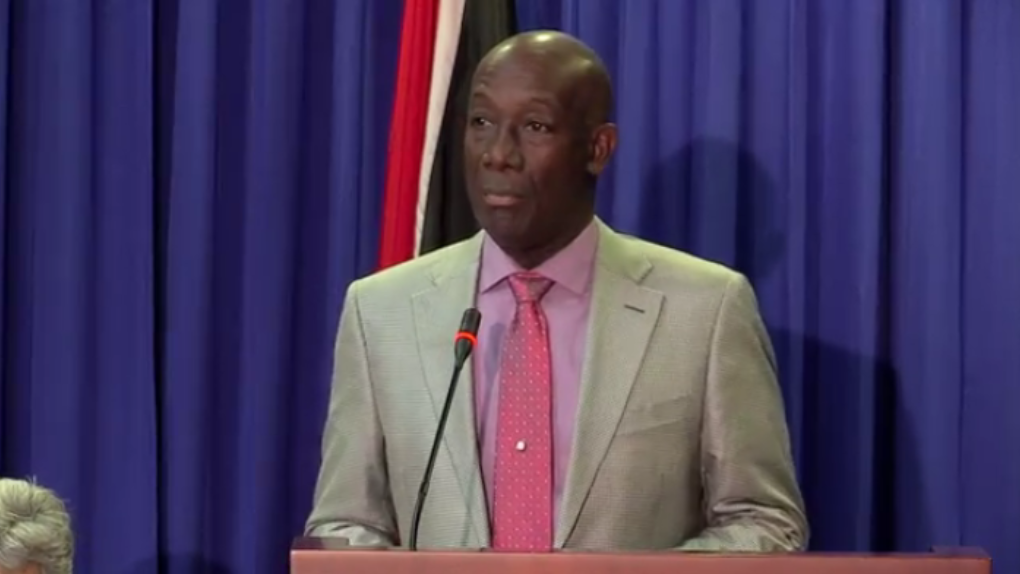 The presence of Sea Lots community leader Cedric “Burkie” Burke at a swearing-in ceremony at the Office of the President on Friday led, in part, to the dismissal of Port-of-Spain South MP Marlene McDonald just two days after she was appointed Minister of Public Utilities.

Speaking at a media conference at the Office of the Prime Minister on Monday, Prime Minster Dr Keith Rowley admitted that it was after his “dissatisfaction” with what took place on Friday – the events of which have been well chronicled in media since McDonald’s short-lived appointment on Friday - which led to “certain discussions” with the MP, and the subsequent decision to have her Ministerial appointment revoked on Sunday.

The Prime Minister said, however, that he takes full responsibility for bringing McDonald back into the Cabinet.

“I take responsibility for that, based on my analysis of the overall situation. I don’t expect that everyone will agree with me on that, I had a decision to make and I made it.”

But Rowley said he separated that decision “from the operations of her swearing in”.

Asked whether he was willing to admit that the decision to make McDonald a Cabinet member again was a mistake, he said if he had known that the swearing in would have sparked national conversation he may not have appointed her a Minister.

“If I had a crystal ball to look in it and say: If I appoint her, the swearing in to the post would result in this – clearly I wouldn’t have. But the bottom line is I had no way of knowing the swearing in would have resulted in this situation.”

The Prime Minister also hinted that Government had a duty to protect its image when it comes to the individuals it associates with.

"It is very easy for one to say and to remember that in the issue of responding to crime and criminal conduct in Trinidad and Tobago that there is view in may quarters that he Government's inability...to properly respond to the threat of criminality in Trinidad and Tobago is because of a closeness and an association between Government personnel and persons who engage in criminal conduct.

And nothing that supports that is to be encouraged in any form or fashion."

In the instance of any such involvement by Governmental agents with individuals engaged in criminal conduct, Rowley said there would be "a need for a response".

What was clear from the debacle, he said, was the need for a review of protocol at the Office of the President to ensure the application and adherence to tighter security measures.

“Because if people can tell you they enter President’s House without proper authorisation and it’s a question as to who got who in there, clearly then there is need for us all to review that situation so that these developments ought not to ever happen again,” the Prime Minister said.

Rowley indicated that there is no bad blood over the decision as he said his relationship and conversation with McDonald was “very civil and very forthright as it has always been”.

McDonald remains an elected MP and a Deputy Political Leader of the People’s National Movement (PNM).