Skip to main content
Breaking News |
PM on crime: I’m a citizen too
PM pleased with LATT judgement: They made me part of the ‘kangkatang’
PM invited to Ghana as guest of honour
Barataria man shot while walking in Laventille
Procession routes for San Fernando Carnival festivities
Budgeting basics to keep you from going broke
Five arrested, firearm seized in police chase
Man arrested with homemade shotgun
Cops kill rifle wielding ‘Papa’ in Beetham
Citizens to get free, reliable net access with TTWiFi 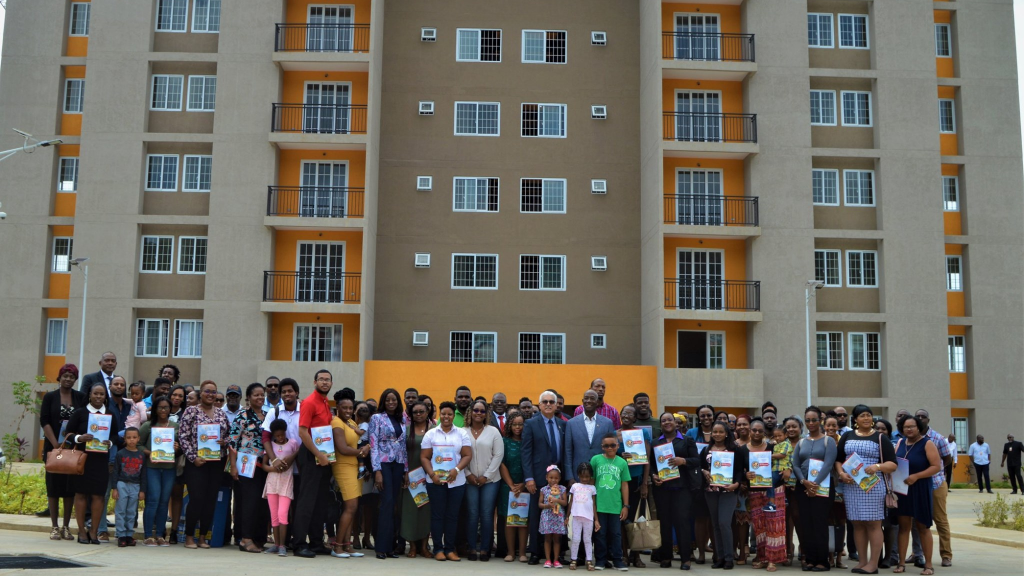 Photo via Facebook, the Office of the Prime Minister.

As the Housing Development Corporation (HDC) continues its drive to distribute 2000 homes in 2020, 159 more families have been granted their housing wish.

159 units were distributed on Wednesday for homes at Mahogany Court, Trestrail Lands, Bon Air and other developments.

But even as the recipients collected their packages for their new homes, Prime Minister Dr Keith Rowley expressed disappointment with what he said were "irresponsible fathers" abandoning their children.

Speaking at the distribution ceremony held at Mahogany Court on Wednesday, Rowley said many of the applicants to the HDC are single women with children.

“The HDC list contains a large number of people who characterise themselves as single mothers,” he said.

“Mothers with children who are either abandoned or ignored by the fathers of those children. That is a feature of this programme and that is something we have to talk about as a nation, whether it is the government’s responsibility to look after children fathered by irresponsible fathers who leave their mothers to look after these children and look to the HDC to house the children that they fathered.”

Rowley pleaded with men to take their role as fathers more seriously.

“The government has a role to play but you fathers, who have left these women to look after your children, you too have a role. And irresponsibility is not the hallmark of a good father.”

Rowley also called on the recipients to build quality communities amidst the crime facing the nation.

“The vast majority of us focus on the positives of this country and against the storm of negativity, we continue to press ahead," he said.

Also speaking at the distribution ceremony, Housing Minister Edmund Dillon said the Mahogany Court project is one of the first to be done under the public/private partnership (PPP) initiative.

Under this initiative, the contractor funds the project and is repaid when the units are sold.

NH International was the contractor for the project.

Dillon said some $1 billion in PPP projects are currently in various stages of construction and are expected to yield 605 more units that will be ready for sale this year.