PM: Trinidad and Tobago ready to help the Bahamas 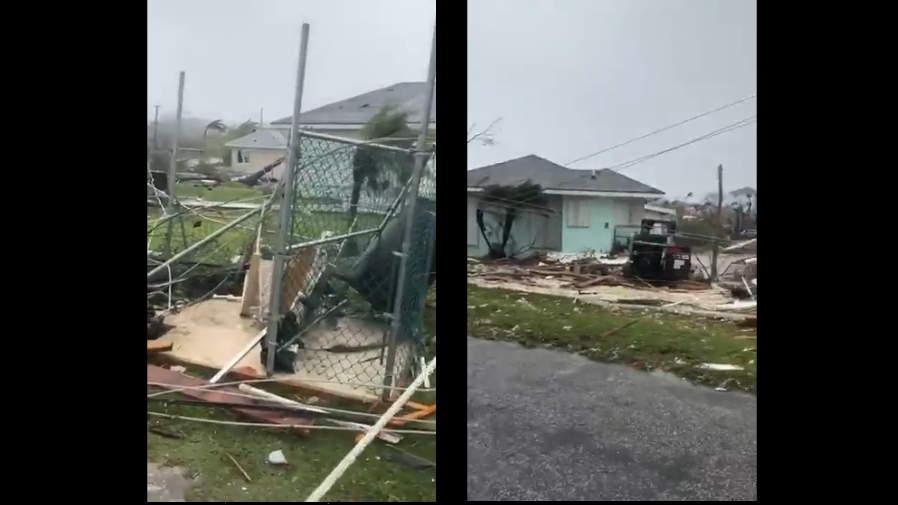 The Government has pledged its support to the Bahamas as the country continues to be battered by Hurricane Dorian.

Dorian was a Category 5 storm when it made landfall and ravaged the Abacos Islands on Sunday and it's now crawling over Grand Bahama as a Category 4 with maximum sustained winds near 155mph (250 km/h), according to the US National Hurricane Centre.

Both the Abacos Islands and Grand Bahama are in the north of the Bahamas archipelago.

It's important to note that the Bahamas consists of 700 islands of which 30 are inhabited with about 2,400 cays (coral reefs).

A statement issued by the Communications Ministry on Monday, notes that Prime Minister Dr Keith Rowley has been in touch with Bahamas Prime Minister Hubert Minnis. It says the Prime Minister promised to aid in any way possible.

"The Prime Minister is awaiting the passage of Dorian to find out what kind of support Trinidad and Tobago will provide to help the Bahamas cope."

"He said he is hoping for the best and his thoughts are with the affected families and people of Bahamas at this time," the release stated.

According to the statement from the Ministry, Dr Rowley has been receiving updates and has been in contact with the rest of the Caribbean Community (CARICOM) about the situation.

Initial reports indicate that Hurricane Dorian has caused unprecedented devastation with one confirmed death. Many have been reported missing and there has been videos circulating showing immense damage to buildings, cars and property.

On behalf of the population, Dr Rowley says he remains concerned for the people of the Bahamas and indicated the Government’s willingness to assist where necessary.

He says as has happened in the past, this country will demonstrate its compassion and willingness to help its CARICOM neighbour.

Bahamas official on Dorian: 'It's devastating'