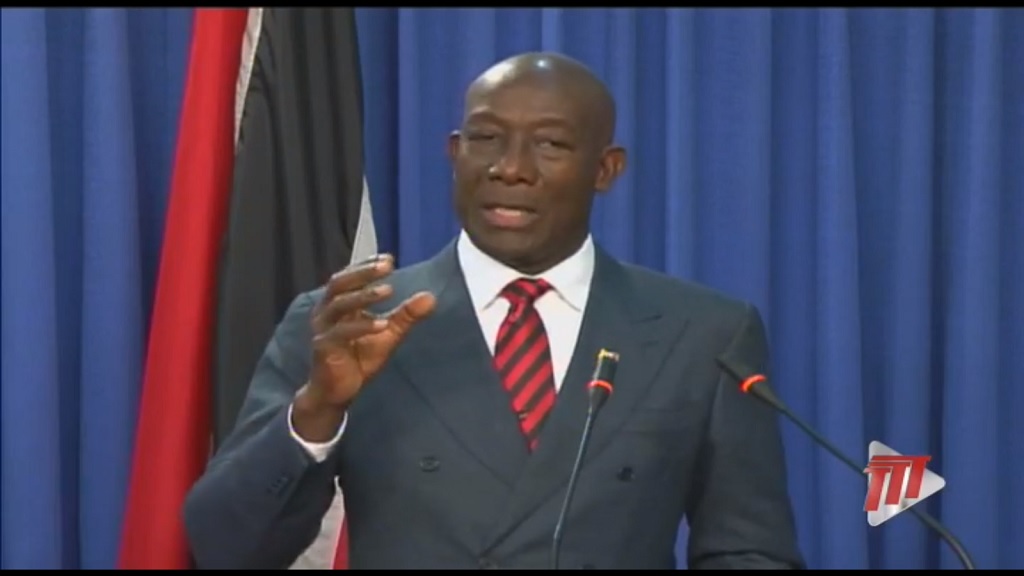 Prime Minister Dr Keith Rowley refuted allegations that Trinidad and Tobago was blanked from a meeting with US president Donald Trump.

Speaking at Thursday’s post-Cabinet briefing, Dr Rowley said Trinidad and Tobago ‘has never stood taller and prouder’, adding that Trump can invite whoever he wants.

Trump invited The Bahamas, the Dominican Republic, Haiti, Jamaica, and Saint Lucia – the countries who voted for a resolution by the Organisation of American States (OAS) denying Maduro’s presidency - to discuss China and Venezuela, among other issues at a meeting at Mar-a-Lago on March 22, 2019.

Dr Rowley said the meeting, which will be attended by members of the Lima Group, surrounds regime change.

“I don’t want to carry on a public discourse on this because I don’t want to speak on US foreign policy, but what I could tell you, is not may, it is.

“I went into some length to show you the Lima Group. That is a meeting of a Lima Group. We, from early - St Kitts, Dominica, Trinidad and Tobago, St Vincent and the Grenadines, we did not sign onto the Lima Group.

“We’re not reacting to an invitation to a man’s house. Our foreign policy has always given us an insight of the road ahead. What you’re seeing there is a meeting of Lima Group people at the private residence of the President.”

“It remains a position that we support. A man’s home is his castle, you’re free to invite who you want to your house. We can’t stay outside and stay we should have been invited.”

“The objective of the Lima Group is regime change in Venezuela,” he said.

Dr Rowley said however that Trinidad and Tobago remains in line with the principles of the United Nations which mandates non-interference.

"If it is as you are saying that we are being blanked and being snubbed for steadfastness standing on the principles of the UN Charter, then history will absolve us," he said.

The release said the President looks forward to working with those countries to strengthen security cooperation and counter China’s predatory economic practices, and will use this meeting as an opportunity to thank these countries for their support for peace and democracy in Venezuela.

The five countries meeting with Trump, along with Guyana, voted for a resolution by the Organisation of American States (OAS), which denied the legitimacy of Maduro’s presidency and called for a new Presidential election which would be free and fair and attended by international observers.

About the Lima Group

The Lima Group is a multilateral body that was established following the Lima Declaration on 8 August 2017 in the Peruvian capital of Lima, where representatives of 12 countries met in order to establish a peaceful exit to the Crisis in Venezuela.

The organization is supported by Barbados, the United States, Grenada, Jamaica and Uruguay, who attended the initial meeting, as well as organizations such as the Organization of American States and the European Union. In addition, the Venezuelan opposition has given their support.

The Lima Group supported the sanctions Panama placed against high-level Venezuelan officials, which the Panamanian government accused of money laundering, supporting terrorism and the funding of weapons of mass destruction, and defended Panama after the Bolivarian government retaliated.