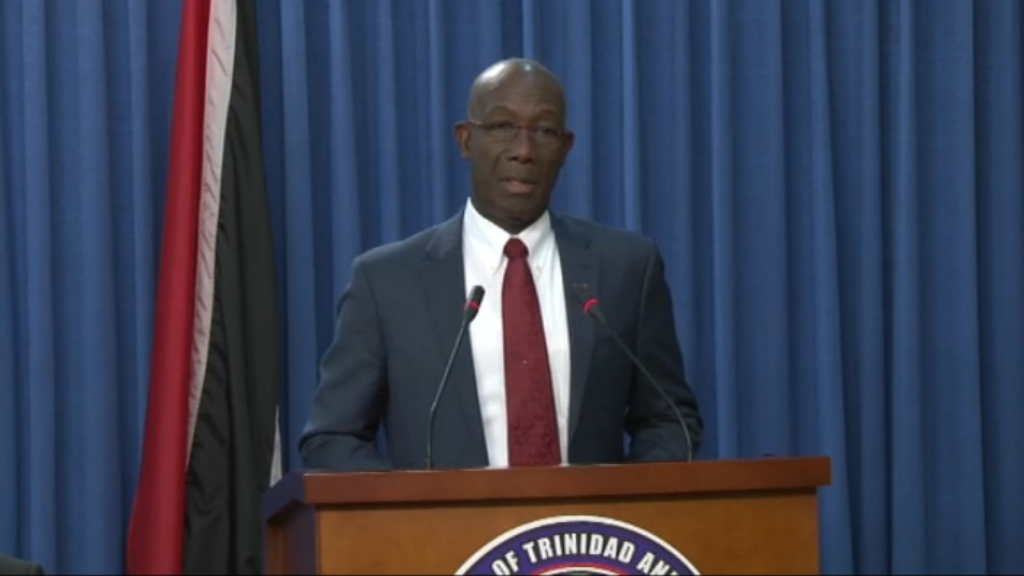 The people of Trinidad and Tobago come first.

This was Prime Minister Dr Keith Rowley's response when questioned about the influx of Venezuelans coming into Trinidad after fleeing their country in the midst of economic and political turmoil.

Rowley was speaking at the post-Cabinet media conference held at the Diplomatic Center in St Ann's on Thursday.

His comments follow the discovery of 101 illegal Venezuelan immigrants who were found hiding out in the Palo Seco forest on Wednesday.

Rowley said T&T is a "tiny dot" with 1.3 million people compared to Venezuela's population of 33 million people and as such T&T cannot possibly accommodate all the people fleeing Venezuela.

"We are humanitarian, we are caring, we help. But the help Trinidad and Tobago gives has to be limited. It doesn't matter whose fault it is, the Venezuelan problem is for Venezuelans...Trinidad and Tobago cannot be the solution to millions or hundreds of thousands of migrants leaving Venezuela."

Rowley said T&T cannot be turned into a refugee camp and the government must limit this country's exposure to the fallout from Venezuela's crisis.

"Initially we allowed our doors to be open. Venezuelans came here could spend 90 days and go back and that's been going on and as things get a little worse, more have come and we kept our doors open. But there comes a time when the volume and the presence of these economic migrants in T&T will threaten the quality of life of the people of T&T and it falls to us to protect ourselves from that."

Rowley said the registration exercise that is set to begin in the next few days will allow the government to monitor how many Venezuelans are in this country, who they are and where they are staying.

But he warned that Venezuelan nationals who come into T&T and run afoul of the law will be deported.

"You are a guest and we are now struggling with our own situation and yours. The interest of the people of T&T comes first."

He also warned that anyone found to be engaging or aiding in human trafficking will be prosecuted.

Meanwhile, the national security forces will continue to monitor the country's borders.

Rowley said the government recognizes that Venezuelan criminals are also entering the country.

"If we do not manage the flow, this new business of people entering the country illegally will overwhelm us. That's why we are patrolling our borders."