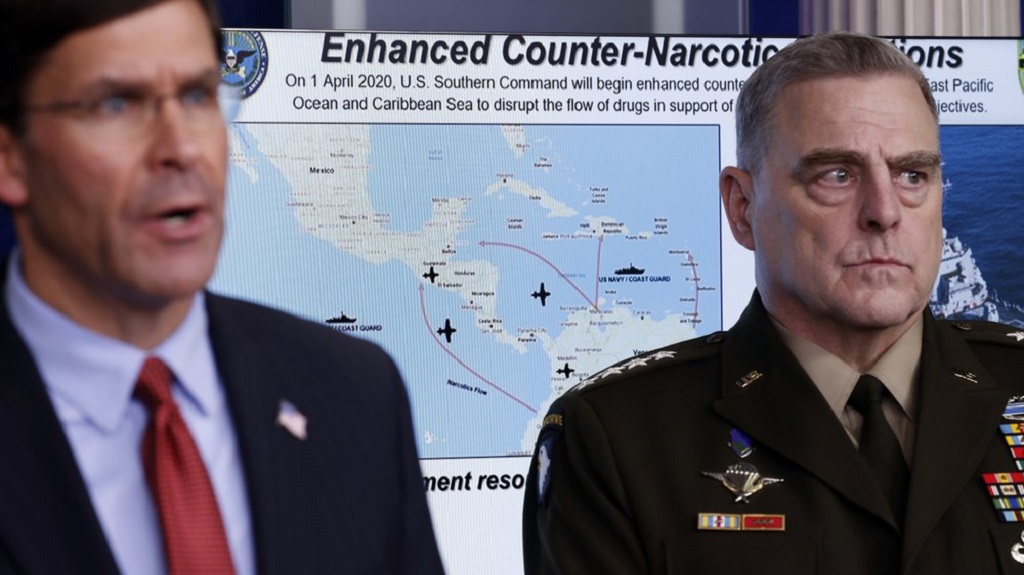 Prime Minister Dr Keith Rowley said the movement of US navy ships to Venezuela as part of anti-drug operations is one of concern, however, Trinidad and Tobago continues to maintain a 'position of peace'.

Speaking during a media briefing Monday on health measures to prevent the spread of the novel coronavirus (COVID-19), Dr Rowley said the country's position has not changed.

"Nothing has changed, our position remains the same. Trinidad and Tobago is part of CARICOM...we view the Caribbean as a zone of peace."

"We do not expect it to change. If there are others who believe it should be different, we don't have any control over that. Insofar as we have any involvement, we continue to reside under the umbrella of the United Nations."

"These matters are not one of size and strength but one of compliance with the rules...those rules are determined for all. If the rules are observed then we should have nothing to fear."

"But we do have concerns that in today's world, it is not uncommon for the rules to be disregarded, not only here in our region but elsewhere in the world.

"We continue to stand by the request, urging for rules-based action only...non-intervention and absence of military solutions to political problems."

"These tensions have come to our borders, we do not have the wherewithal to prevent that, so we simply have to rely on the principles of international justice."

US President Donald Trump announced on April 1, 2020, that navy ships were being moved toward Venezuela as his administration beefs up counter-narcotics operations in the Caribbean following a US drug indictment against Nicolás Maduro.

According to an Associated Press report, the deployment is one of the largest US military operations in the region since the 1989 Panama invasion, which involved the removal of General Manuel Noriega on drug charges.

Maduro has since replied via a letter to the US that Venezuela does not want armed conflict or 'war threats' and implored that the focus be switched to the novel coronavirus (COVID-19) pandemic.

He accused the US of using the operation as a pretext for political interference.

"The Trump Administration, once again instrumentalizing institutions in order to fulfill electoral objectives, and based on infamies under the pretext of the War on Drugs, has ordered the largest U.S. military deployment in our region in the last 30 years, with the purpose of threatening Venezuela and bringing to our region a costly, bloody, military conflict of indefinite duration."

"We in Venezuela do not want an armed conflict in our region. We want fraternal relationships, cooperation, exchange and respect."

"I ask you, with your heart in your hands, not to allow your country to be drawn, once again, to another endless conflict, another Vietnam or another Iraq, but this time closer to home."

The US has also offered to remove sanctions placed against Venezuela, provided that Maduro steps down from power and allows a transitional government to rule until the hosting of presidential elections later this year.

Free and fair presidential elections are the path out of #Venezuela’s crisis.

Read the full framework outlining how this can be achieved in an equitable and common sense way -> https://t.co/MRjtmMXc0k pic.twitter.com/ColkmT9KFZ

Trump: US to deploy anti-drug Navy ships near Venezuela