PM warns schoolchildren: Do not cross the Diego Martin highway 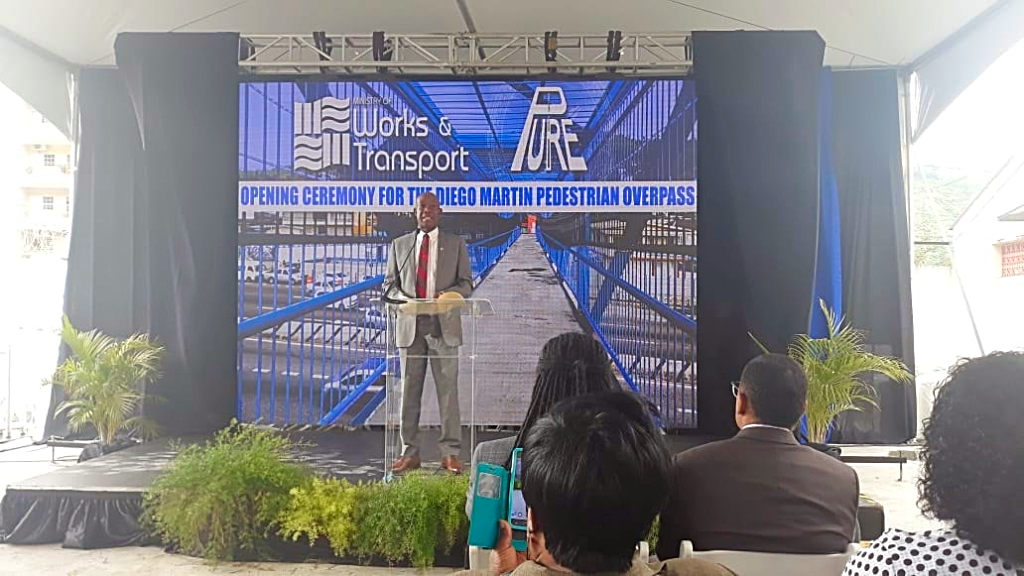 Prime Minister Dr Keith Rowley urged children to utilise the new Diego Martin pedestrian overpass and not to cross on the highway.

Dr Rowley was speaking at the opening of the new pedestrian overpass at an opening ceremony on Tuesday, October 8, 2019.

"I think about the parents who send their children to school...each and every child returns home knowing that they're running this gauntlet of crossing the lanes of fast-moving traffic."

"All the children who cross this highway...do not take shortcuts because just taking a shortcut could take us right back to where we were when we didn't have an overpass."

"I want to speak to schoolchildren, as of today not a single one of you should ever cross this highway without going over this overpass.

"No matter how free the traffic appears, no matter how busy you are, consider it permanently as a life-threatening event to walk across this highway again after today," he said.

He added that other pedestrian overpass structures are in the works.

According to a statement issued by the Office of the Prime Minister, residents in the area can now breathe freely.

The overpass, which borders the Chaconia Crescent Development (a Housing Development Corporation Development) compound on the western side and the Four Roads Government Primary School on the eastern side spans a total of 36.6 metres of main truss.

The walkover is also equipped with handrails along the superstructure and security lighting installed along the ramps and walkover structure.