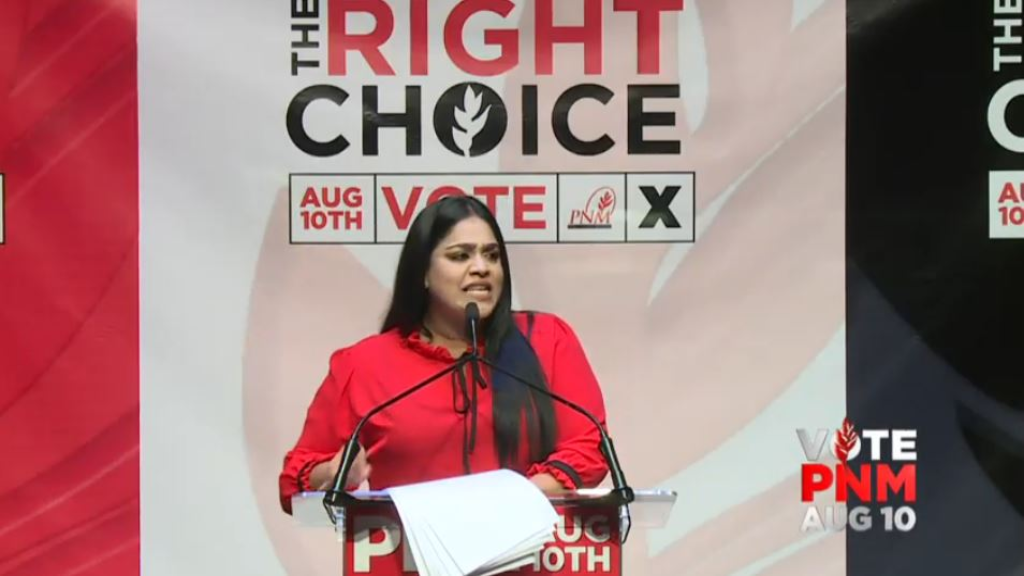 Despite being branded as a “disgrace to Indian people”, People’s National Movement (PNM) candidate for St Augustine Renuka Sagramsingh-Sooklal is undeterred.

In fact, this has only fueled her drive to serve the constituency to the best of her ability.

Speaking on a political platform in St James on Wednesday night, Sagramsingh-Sooklal recalled a recent encounter during a walkabout in which a man became abusive towards her on the basis of her support of the PNM.

She said she chose to walk away from that encounter rather than engage the elderly man.

“But what I will tell you is that he did not even know his slurs fuelled the fire inside me to put on my battledress and bring St Augustine home for the PNM.”

Urging women to cast their vote for the PNM, the St Augustine candidate said electors should not vote for those who encourage divisions among the population.

“Let us punish those who do not know the difference between ‘blank’ and ‘black’ by not voting for them and ensuring they never see the corridors of power again,” she declared.

Nafeesa Mohammed on leaving the PNM: I didn’t want to be a hypocrite