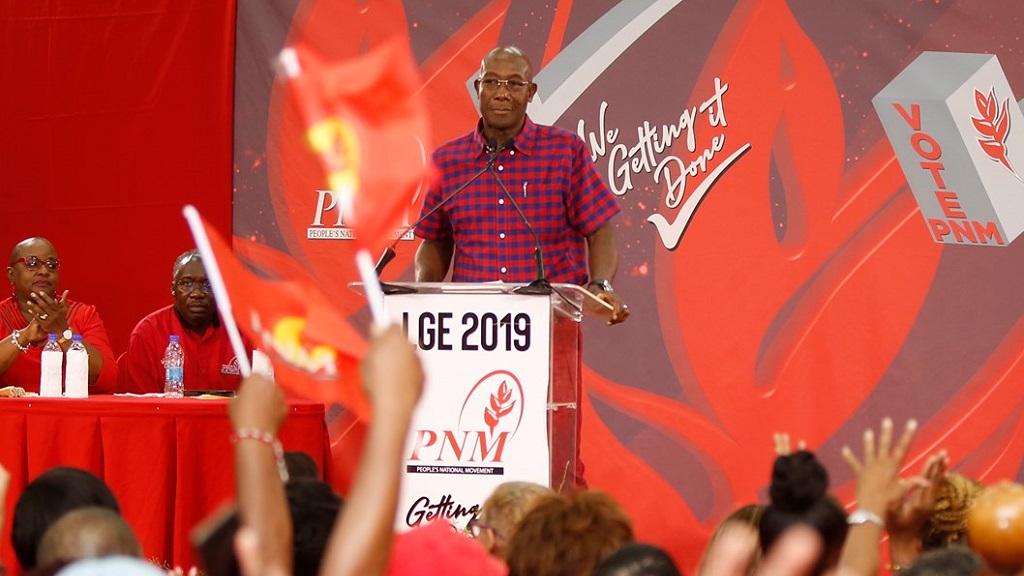 The People’s National Movement (PNM) has celebrated its 64th anniversary of service to the people of Trinidad and Tobago.

An event on Sunday has been planned to commemorate the milestone.

The party will host a public event at the National Academy for the Performing Arts at 4 pm, where 10 members will be awarded with the Dr. Eric Williams Medal of Honour for their long and meritorious service to the party.

In recognising its role in Trinidad and Tobago’s development, the PNM said it is ever mindful of the part it must continue to play as it moves forward along the strategic path of development for the country in Vision 2030.

The party said it has been getting it done for the last 64 years, beginning with Dr. Eric Williams, then George Chambers, Patrick Manning, and now with Prime Minister Dr. Keith Rowley.

It assured that education, health, housing, economic stimulation and every sector of the society have and continue to be essential features of the PNM’s mandate of delivery to the citizenry.

The party has also committed to building a new society,
“one where national pride, civic-mindedness, discipline, tolerance and production are the order of the day”.

The PNM said its journey over the past 64 years has been propelled by a clear vision during each era, passion for service, and with a deep love for country.

Rowley: Don't blame PNM for not doing your job