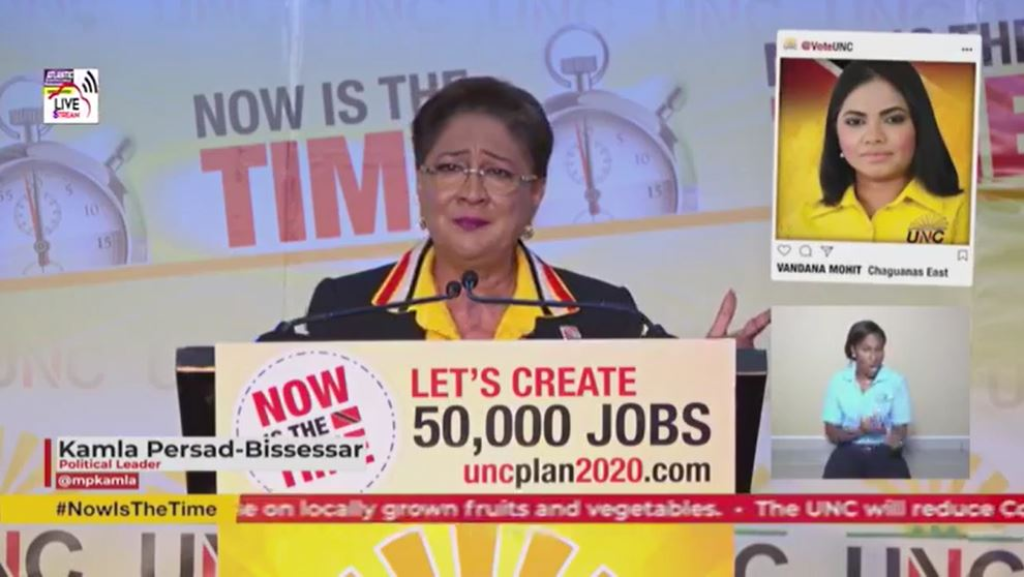 The manifesto presented by the People’s National Movement (PNM) lacks substance or vision for a better future for Trinidad and Tobago.

That’s the assessment by the United National Congress (UNC) which slammed the document put forward on Sunday as a “pathetic, last-ditch effort” that “failed to make the grade”.

The party said the manifesto lacked any plan and was nothing more than a presentation of rehashed promises from successive budgets over their term, their 2015 manifesto, the reworked Vision 2030, and the Roadmap to Recovery report.

Further, the party knocked the PNM administration for using its COVID-19 response as the basis for its election campaign.

It said this was a slap in the face to the citizenry and has missed the mark in addressing the needs of the people.

“The PNM is far removed from the reality of the economic crisis facing our nation, which has come about due to their incompetence and mismanagement. They failed to put forward any substantive plans for diversification, revenue generation or job creation.”

Turning its attention to infrastructural development, the UNC accused the Dr Keith Rowley-led administration of taking credit for projects started under the previous People’s Partnership government.

“It is unacceptable that the PNM is shamelessly trying to take credit for several projects that were completed by the Government led by Kamla Persad-Bissessar, by listing them as PNM achievements.

One of these is the Couva Children’s Hospital - a project Rowley vilified for over four years, and it was only when the pandemic hit that they allowed access to this state-of-the-art facility.”

The UNC said the people of Trinidad and Tobago deserve better, which it said it is offering with its Economic Transformation Masterplan.

The UNC’s plan proposes the lowering taxes, the modernisation and expansion of the education sector and job creation, among other recommendations.