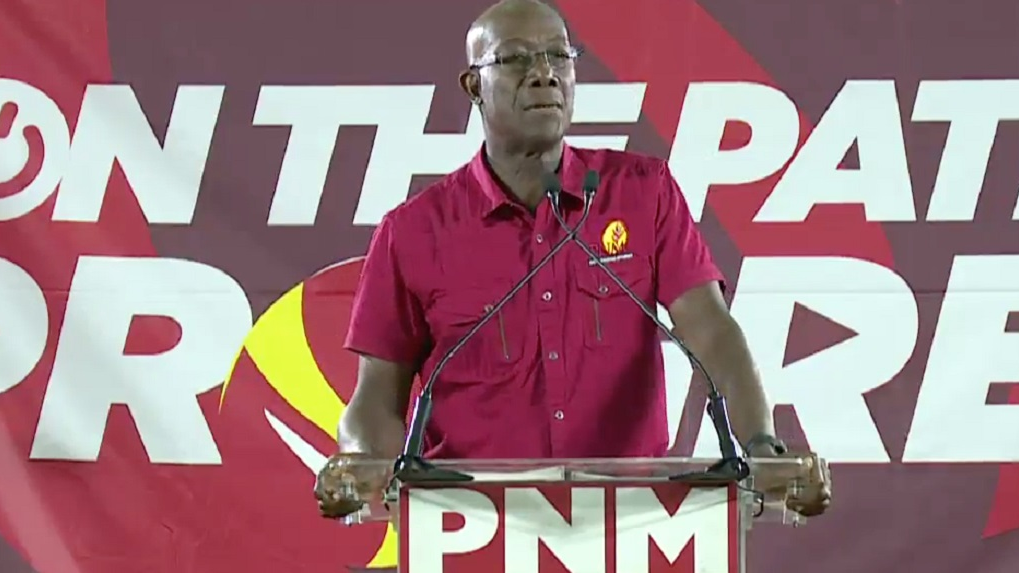 People's National Movement (PNM) Chairman Franklin Khan says Opposition Leader Kamla Persad-Bissessar will pay for her "racist and derogatory" Oreo remark if she fails to apologise to the country.

Khan was speaking during the PNM's post general council media conference at Balisier House in Port of Spain on Saturday.

He said the issue came up during the general council meeting and a resolution was passed to call on the Opposition Leader to unreservedly apologise to the nation for the comment.

It was last Monday, while speaking at the United National Congress (UNC) Monday Night Forum in Claxton Bay, that Persad-Bissessar referred to Prime Minister Dr Keith Rowley as an “Oreo”.

She suggested the Prime Minister was a puppet of the country's purported "one percent" and called him their "Oreo".

"They tried to own me but I sent them packing. They have their Oreo now, who is their guy, in Keith Christopher Rowley, and that is how the one percent friends and family of Rowley control him," she said.

The Opposition Leader has been heavily criticised for the statement but has yet to issue an apology.

The UNC has instead accused the Government of trying to distract the public from real issues.

“The party considers it racist, derogatory, vile and unbecoming of a national leader in a society like Trinidad and Tobago,” Khan told reporters.

“The spin doctors can put whatever spin they want on it.”

In calling for an apology, Khan however said the PNM did not want Persad-Bissessar to apologise to the Prime Minister, but to the country as a whole.

“Our National Anthem is here every creed and race find an equal place and with all or challenges in our country, we pride ourselves as one of the most stable multi-ethnic and multicultural democracies on earth," he said.

Asked what steps would be taken if the Opposition Leader refused to apologise for the statement, Khan said there was nothing the PNM could do but that Persad-Bissessar would pay a price.

“We can’t do [her] anything punitively but she will pay a price for it,” he stated.

Concerning the party's internal elections coming up on September 30, Khan said the process will be guided by an election supervisory team chaired by former Port of Spain Mayor Murchison Brown.

He said the team is independent and autonomous to ensure a completely transparent elections.