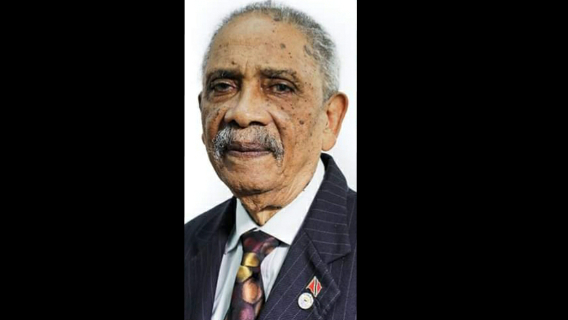 Wilson served the party for more than 50 years.

"It is with a great sense of sorrow and a heavy heart, that I send this message. This evening, the Island of Tobago and the PNM has lost one of our pioneers, Mr Neil Wilson."

"On behalf of my family, the PNM Executive and Membership, I wish to extend condolences to the family and loved ones of Mr Wilson. May his soul rest in peace."

In a statement, Dennis expressed condolences to the family of the former THA Councillor Neil.

He said at the time of his passing, Wilson was a father, grandfather and astute businessman.

He also served the THA as Secretary of Enterprise Development, Labour, Cooperatives, Consumer Affairs and Settlements from 2001 to 2005 and as Secretary of Tourism and Transportation from 2005 to 2009.

Chief Secretary Dennis said: "I am still coming to terms with this news. Mr. Wilson was not only a formidable businessman and politician, he was a friend and mentor: a man of impeccable character. I will surely miss him. Tobago has truly lost a man of extensive knowledge and wisdom, particularly in the Tourism sector."