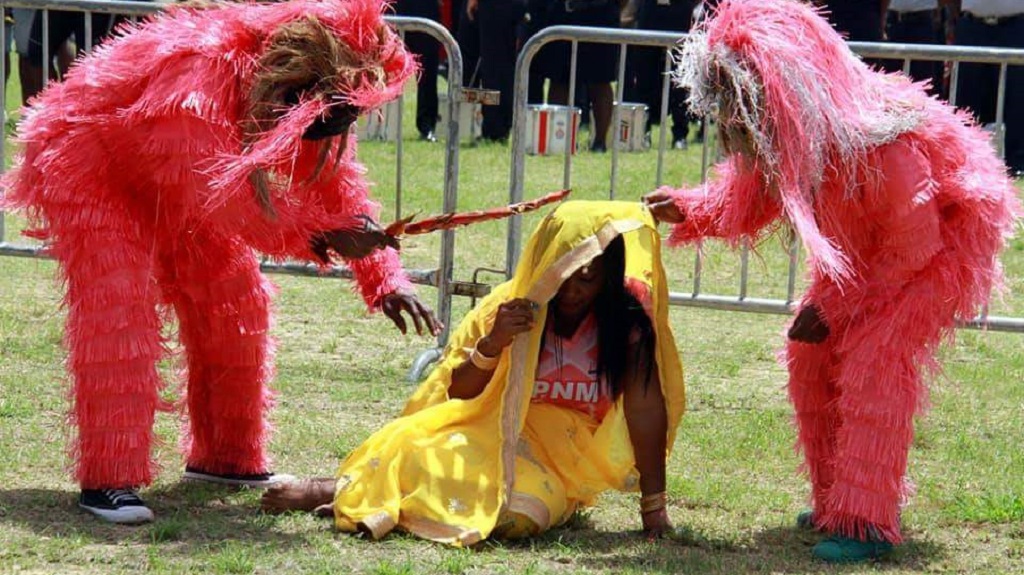 The Tabaquite arm of the People’s National Movement (PNM) is seeking to clear the air on the sari skit performed at the party’s family day on Sunday.

This comes after the Opposition and members of the public criticized the controversial skit, labelling it a disrespect to women, Hindus and Afro-Trinidadian men.

In a statement issued on Thursday,  Tabaquite constituency chairman Curtis Shade explained that the disrobing of a woman dressed in a yellow sari which later revealed PNM clothing, served to highlight the growth of the party in the community.

Shade also denied that the skit normalised violence against women saying that contrary to reports, there was no attempt to portray women in a negative light.

“The recent controversy regarding the skit portrayed by PNM supporters was not insulting nor was it meant to be. The skit on Sunday at the Sports and Family Day was to highlight the increased support of the PNM in the Tabaquite constituency. At no time in our skit, our dancer was presented as a victim of violence, rape or any form of discrimination, but rather a transformation away from the yellow of the UNC to the joyful red of the PNM as she was dancing during the presentation.”

He said it was unfortunate that some saw racism in the skit adding that it was a misrepresentation of the presentation.

“There was absolutely no display of disrespect to any group.”

He also thanked Head of the Sanatan Dharma Maha Sabha Sat Maharaj for his views expressed on the situation.

His gratitude follows a newspaper report in which Maharaj said he was not insulted by the presentation.