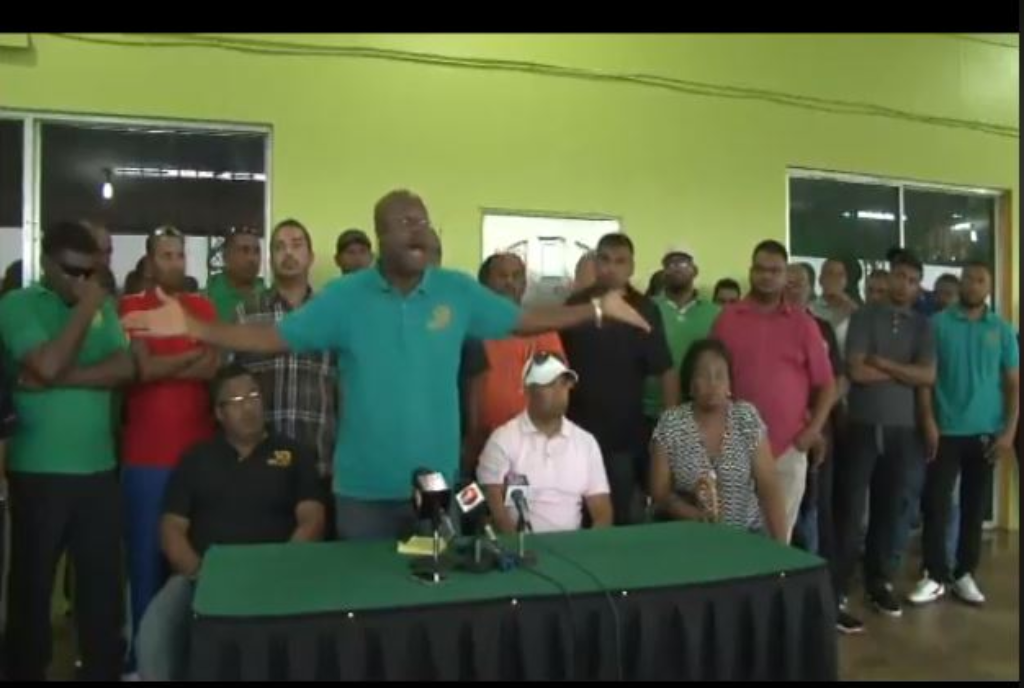 That was the message sent to the Government by angry Prison Officers Association (POA) President Ceron Richards.

Richards held a conference with a group of visibly upset POA membership following the assassination of Prison Officer Darren Francis on Wednesday morning.

Prison officers could not contain their frustration as they shouted that there were five prison officers killed in just a year with two killed two weeks apart.

The POA President said prison officers will no longer be targeted by criminal elements as they intend to submit their resignations.

“The officers are saying they will walk off this job, officers want to resign and leave this job and the POA of Trinidad and Tobago, we are on their corner. We going to leave this job”.

And who will keep prisoners at bay?

That comment seemed to agitate one prison officer at the back who shouted, “Mr Richards, how much times we will say that?”

Richards said Police Commissioner Gary Griffith announced that a task force would be created to work alongside prison officers to lock down the nation’s prisons. Griffith made the comment following the murder of Maximum Security Prison Superintendent, Wayne Jackson, on October 2. However, Richards said this did not occur and further chided the service for the swift justice brought to the individuals who stole a cigarette truck.

“Imagine in Trinidad and Tobago, a cigarette truck has more value than the lives of Prison Officers. They rob a cigarette truck in Trinidad and within minutes persons were brought to justice. Imagine that, officers are being killed with impunity in this country and we still have to wait for laws to arm officers, we still have to wait for safety and security measures can be put in place for prison officers to protect their lives. So I want to know, is the interest of the businessmen interest more than prison officers lives?”

The POA President said officers would like to be offered Voluntary Separation Packages (VSEP). He said T&T has been plunged into a state of anarchy.

“Dr Keith Rowley, we ready to leave. Bring you and yuh cabinet and come and man that prison. We ready to leave this job. Trinidad and Tobago has descended into a terrorist state”

Meanwhile, Richards painted a picture of doom and gloom inside the prisons as he said criminal elements are the ones in charge behind those walls. He said the POA has requested numerous measures to help officers protect themselves and their families but to no avail.

"It is hunting season and is only one side dying, only one side dying but the government saying they assisting. Something is wrong somewhere. We ask for laws to protect prison officers, they don’t damn care about that. We ask for security at officers home, it sit down on cabinet desk, awaiting a decision. We asked for housing for officers living in high-risk areas, the HDC is almost saying to ass with us."