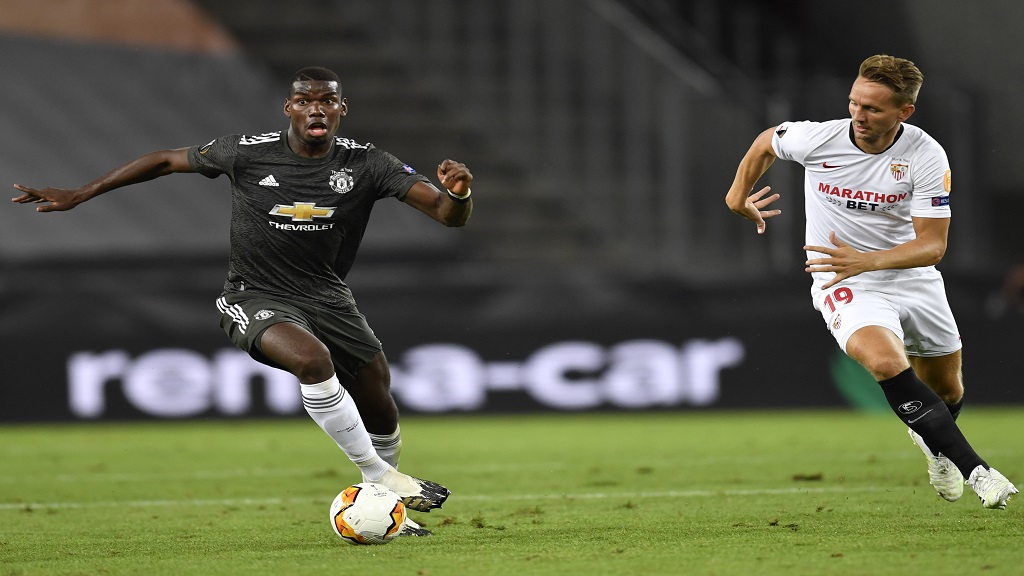 France midfielder Paul Pogba was left out of the national team squad on Thursday after testing positive for COVID-19.

The Manchester United player was replaced by 17-year-old Eduardo Camavinga for upcoming Nations League qualifiers against Sweden and Croatia.

“I had to make a change at the last minute because Paul Pogba was supposed to be in the squad," France coach Didier Deschamps said. “Unfortunately for him, he had a test yesterday which was positive this morning.”

United’s players are scheduled to return for preseason training on Wednesday, with their start to the new season delayed a week because of their involvement in the latter stages of the Europa League.

While most Premier League teams start their new campaign on the weekend of September 12-13, United begin the following weekend with a home match against Crystal Palace.

Camavinga made an immediate impression with Rennes last season, where he stood out in a win over French champion Paris Saint-Germain despite being only 16.

He is one of three new faces, with Deschamps also calling up 22-year-old attacking midfielder Houssem Aouar and 21-year-old center half Dayot Upamecano.

Aouar stood out for Lyon during their run to the Champions League semifinals, while Upamecano was among Leipzig's best players as they also reached the last four in Lisbon.

Deschamps also gave a surprise recall to Juventus midfielder Adrien Rabiot, who fell out with the coach after asking to be taken off the list of reserve players for the 2018 World Cup.

“It was a mistake on his part. What happened has happened, I’m not someone who likes to take radical positions," Deschamps said. "I would like to think he’ll be here on Monday. I’ll get the chance to talk with him then."

Anthony Martial regained his place in the squad following an impressive season with Manchester United, where he finished as the club's co-top scorer with 17 Premier League goals. He last played for France in March 2018.

France travels to play Sweden near Stockholm on September 5 and then hosts Croatia at Stade de France three days later.

At least 8 Serie A players test positive for coronavirus