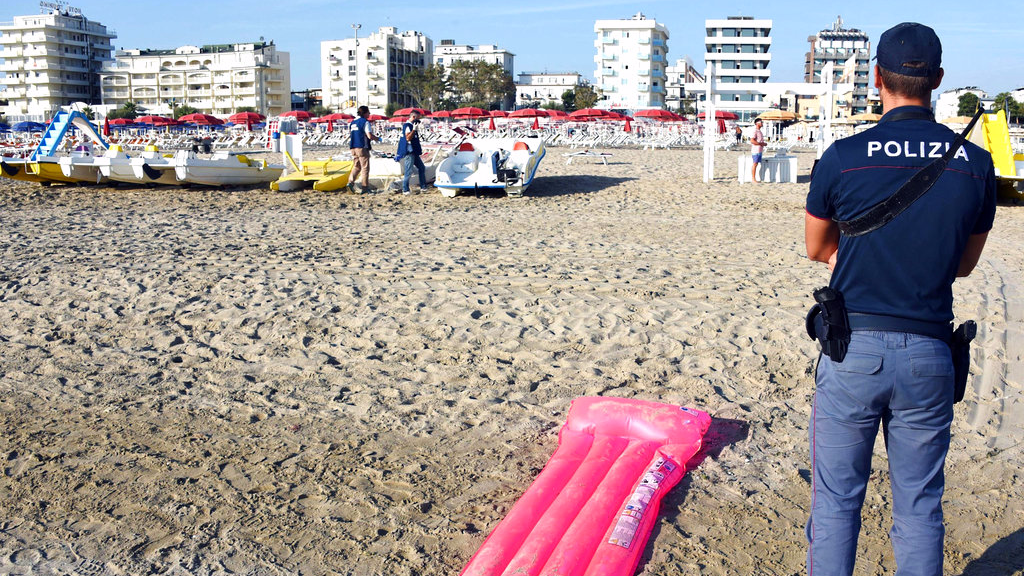 Poland's prosecutors have opened an investigation into the suspected gang rape of a Polish tourist and the savage beating of her companion on Italy's popular Rimini beach.

A spokeswoman for Warsaw prosecutors, Magdalena Sowa, said Monday that a prosecutor and police experts are to travel to Rimini on Tuesday. They are expected to assist Italian investigators and gather evidence for Poland's own probe into the attack that took place early Saturday on a secluded stretch of beach in the Adriatic town on Italy's eastern coast.

Justice Minister and Prosecutor General, Zbigniew Ziobro, ordered the Polish investigation, calling the attack a "horrible crime" on the couple, whom he said was married.

His deputy, Patryk Jaki, said on Twitter the attackers should get the death penalty but toned it down later, saying he only wanted to emphasize the cruelty of the attack.

News reports say the 26-year-old man was hit on the head and knocked out and the woman, also 26, was repeatedly raped by four men. The couple was also robbed.

The victims were hospitalized, and the woman remains in the hospital. The Fakt tabloid said they are from Lodz, in central Poland.

Italian police have said they were also investigating the rape and assault of a transsexual on a road near the beach, which took place shortly after the Poles were attacked, as possibly being carried out by the same suspects.

Battered by Harvey, Houston braces for even more flooding