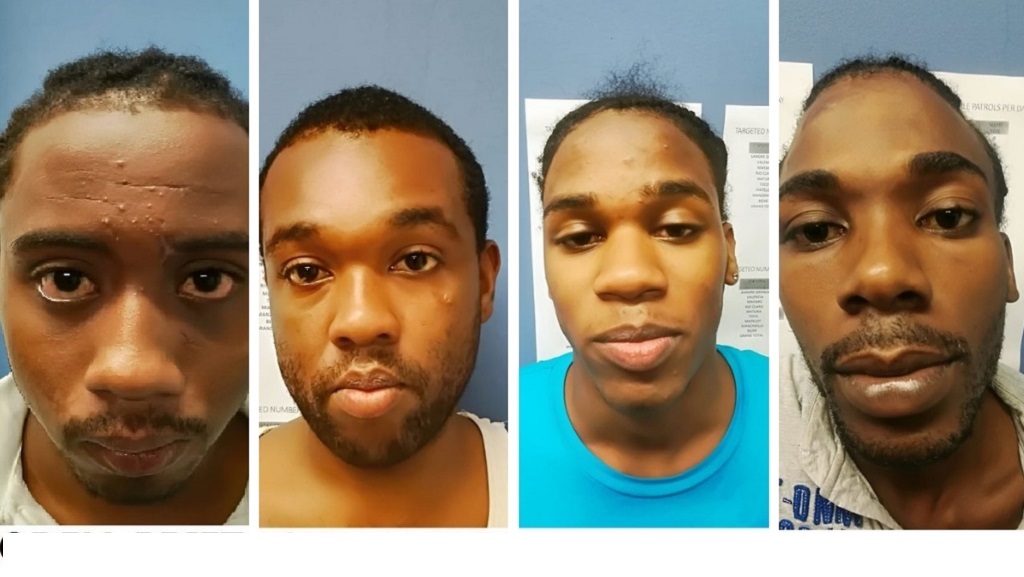 Four men are jointly charged with robbery with violence and possession of a firearm and ammunition after they were arrested by officers of the Rio Claro Criminal Investigations Department (CID), during an anti-crime exercise in the district.

The men were wanted in connection with the armed robbery of two Chinese nationals and were also jointly charged with assault with intent to rob.

Police arrested the men following the incident which occurred around 7:15 pm on Sunday.

The two victims, one of whom is the proprietor of a bar along the Naparima Mayaro Road, Rio Claro, were preparing to secure the premises.

They were approached by two men, one armed with a gun and the other with a knife, who announced a robbery. One of the victims was dealt several blows about the body and was relieved of a quantity of cash and alcoholic drinks valued at $800.00 before the suspects escaped in a white Nissan Tiida motor vehicle.

The car was later intercepted around 3:00 am on Monday along Cunapo Road Junction, Tabaquite Road, Rio Claro, by officers of the Rio Claro CID, with the assistance of the Crime Patrol Unit and Eastern Division Task Force.

A search of the vehicle was conducted and resulted in officers finding the stolen cash, drinks and a pistol loaded with nine rounds of 9mm ammunition. All four were arrested.

Two of the accused, Hamilton and Prieto, were charged in connection with the robbery and assault of a couple on July 14, in the Rio Claro district.

The accused were conveyed to the Chaguanas Police Station, pending further enquiries into other robberies, shooting and firearm-related offences in the Central Division.