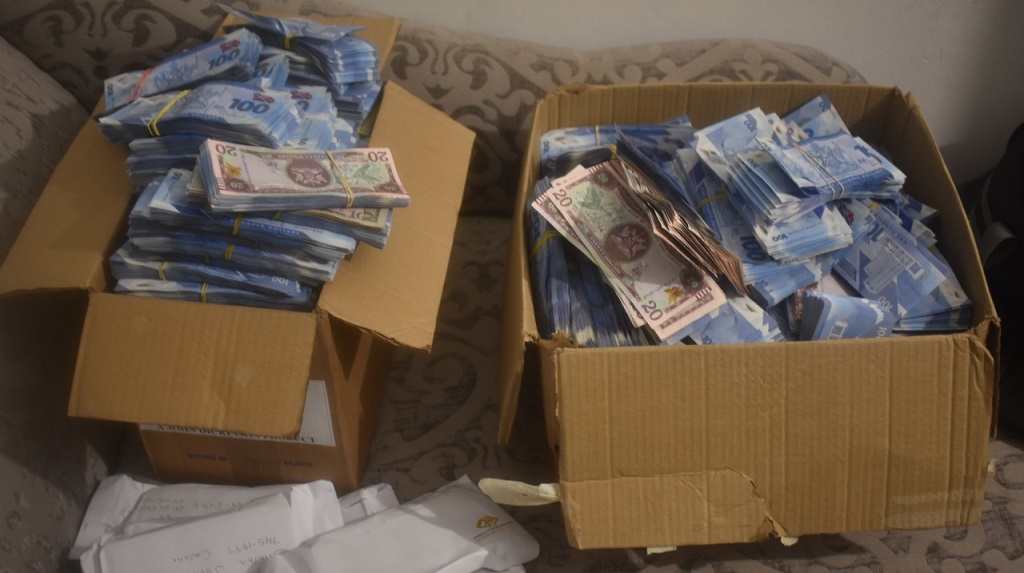 Cash seized by the police Tuesday from a pyramid scheme. A soldier was among nine people arrested. (Photos: The Trinidad and Tobago Police Service).

Police officers have estimated that a total of $21 million was seized in La Horquetta yesterday.

According to reports coming to Loop News, officers completed their count a short while ago.

So far, no charges have been laid in the matter but nine people still remain in police custody.

Police are still counting the cash which was seized during an operation in La Horquetta yesterday, which has crossed the $2 million mark so far.

Up to this morning, Loop News was told, the money was still being counted by officers of the Northern Division and the Finance Intelligence Branch.

Loop News was told that over $2 million has been counted so far. Investigators believe the total cash seized may be “well over” ten times the $2 million. 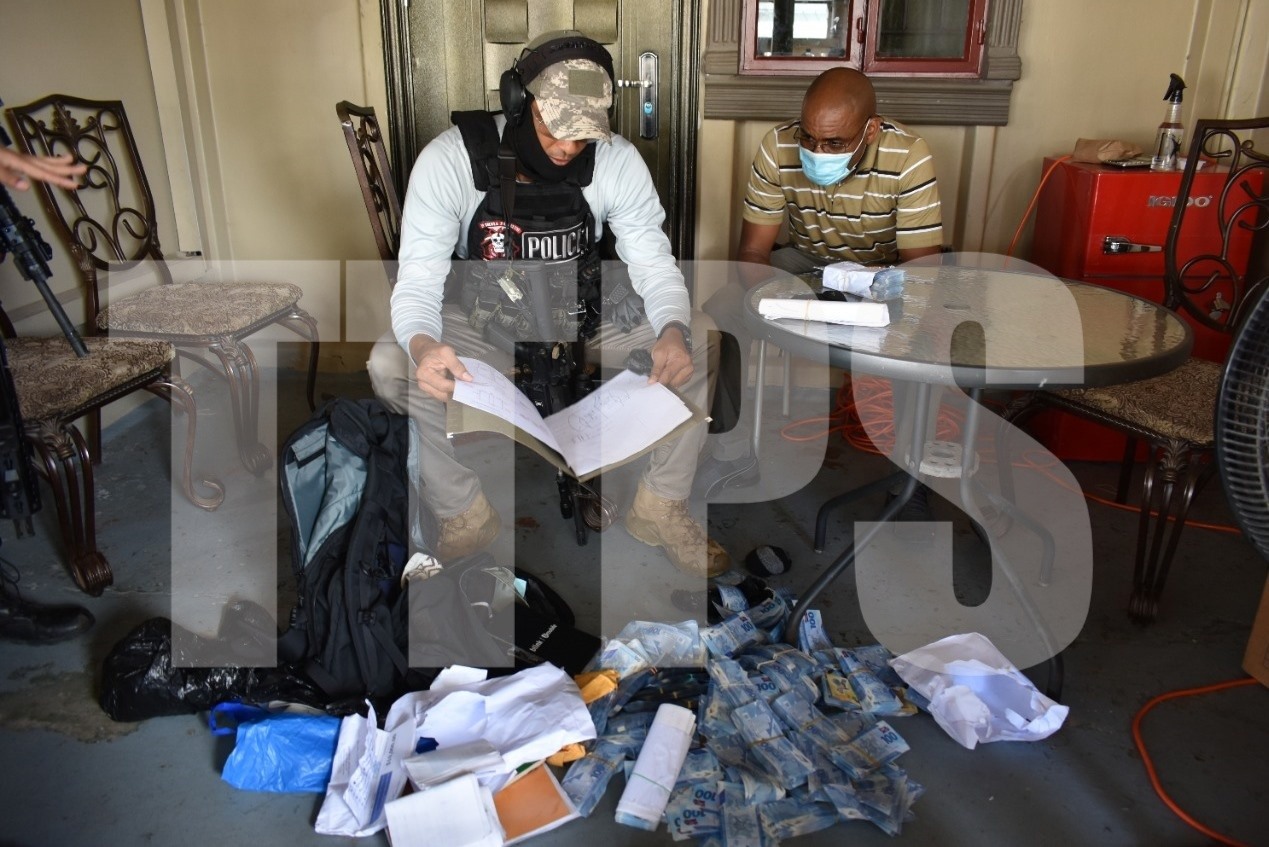 Officers from the TTPS go through items seized along with boxes of cash at an apartment in La Horquetta.

Police also noted that all nine persons who were detained, remained in custody up to this morning.

Among them was a 45-year-old man from the Trinidad and Tobago Defence Force (TTDF), who was held with a firearm and ammunition for which he could not produce a licence.

They are all expected to be interviewed today and again when the cash has been counted.

The nine suspects, including four women, were detained yesterday morning during a police operation at Kathleen Warner Drive, Phase One, La Horquetta. 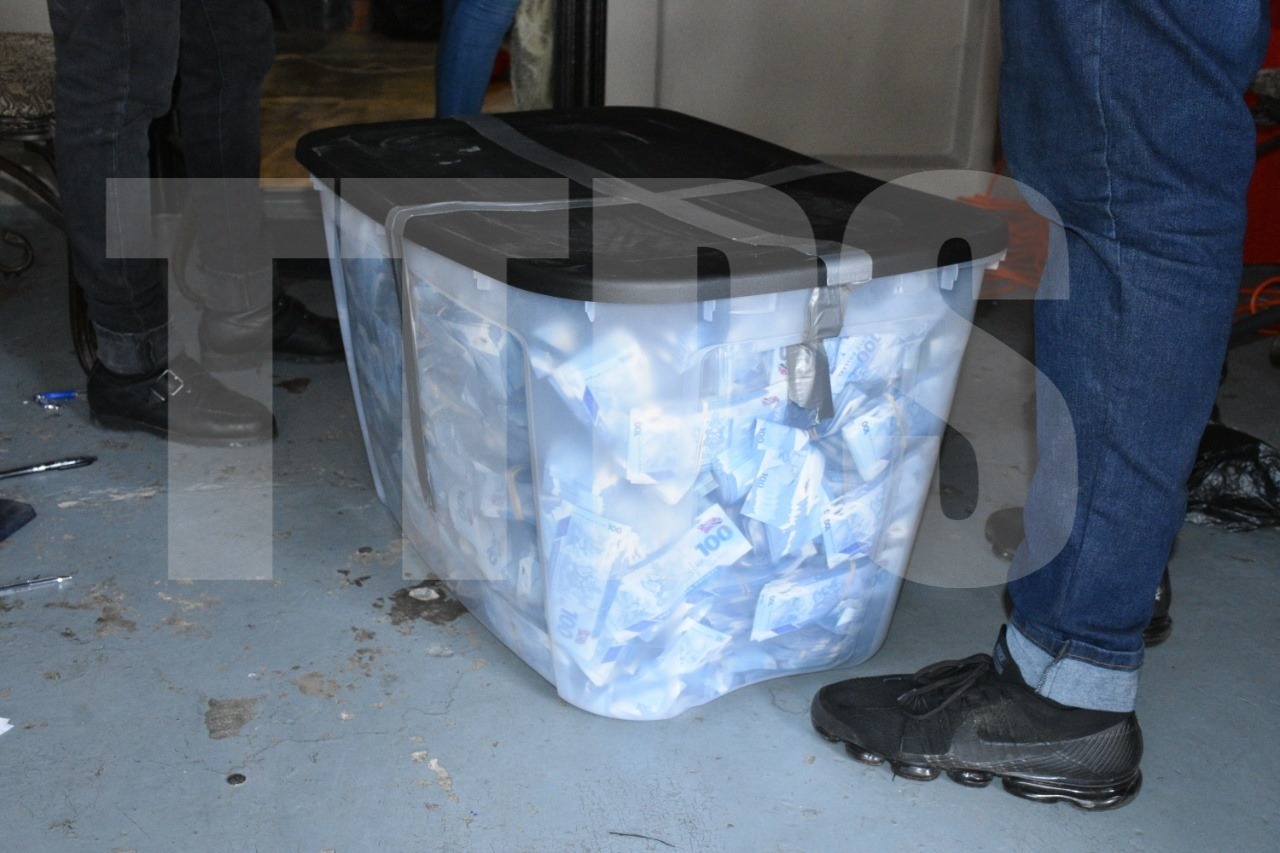 Officers at the apartment where the money was found.

This operation was led by Commissioner of Police Gary Griffith, Acting Deputy Commissioner Jayson Forde, Snr Sup Ramkhelawan, and Sgt Hernandez, after police received intelligence that a large group of persons had assembled in the community, in breach of the Public Health Ordinance Regulations. They were allegedly waiting to collect large sums of money from a pyramid scheme.

However, police did not detain anyone for breach of the Ordinance.

Instead, a search warrant was executed at an apartment, and nine persons were detained when boxes mostly filled with $100 bills were found strewn throughout the apartment.