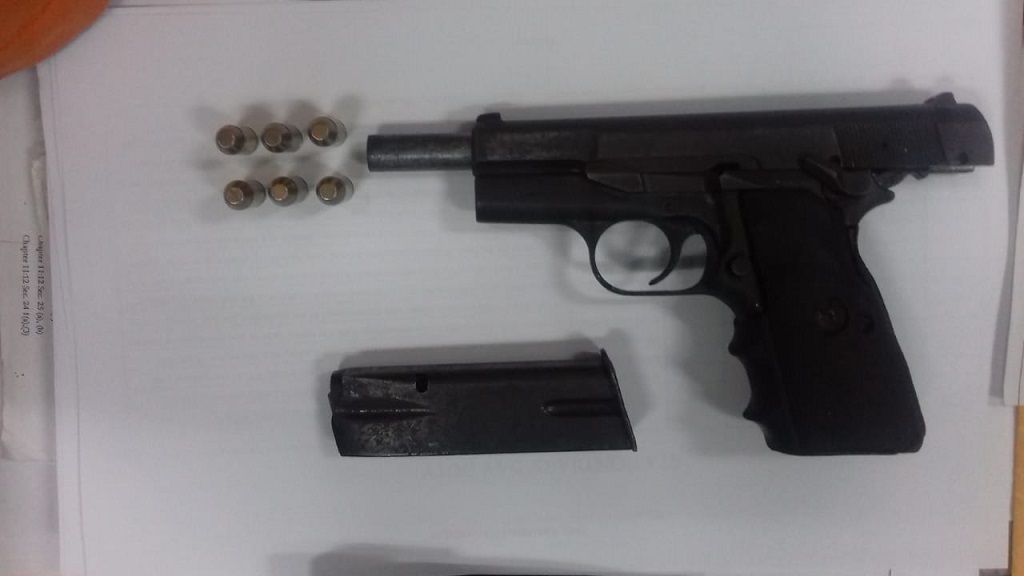 Two men were expected to appear before an Arima Magistrate on Monday after they were held with a loaded firearm.

The weapon is a Beretta semi-automatic pistol which was loaded with six rounds of 9mm ammunition at the time.

It was found in the console area of a beige Nissan Tiida motor vehicle.

Police said around 8:00 pm on Saturday, officers attached to the Maloney Police Station led by Sgt Katwaroo including Cpl Forde, PCs Ramcharran, Ramlogan, Hannaway, Rajnath, Ramdass and Phillip, were on patrol when they observed the vehicle driving along Ramdass Trace, Maloney.

The vehicle sped away after the police were spotted. The officers chased and intercepted the car a short distance away.

The gun was found in the vehicle and the suspects were immediately arrested.

Four in custody after dramatic police chase in downtown PoS