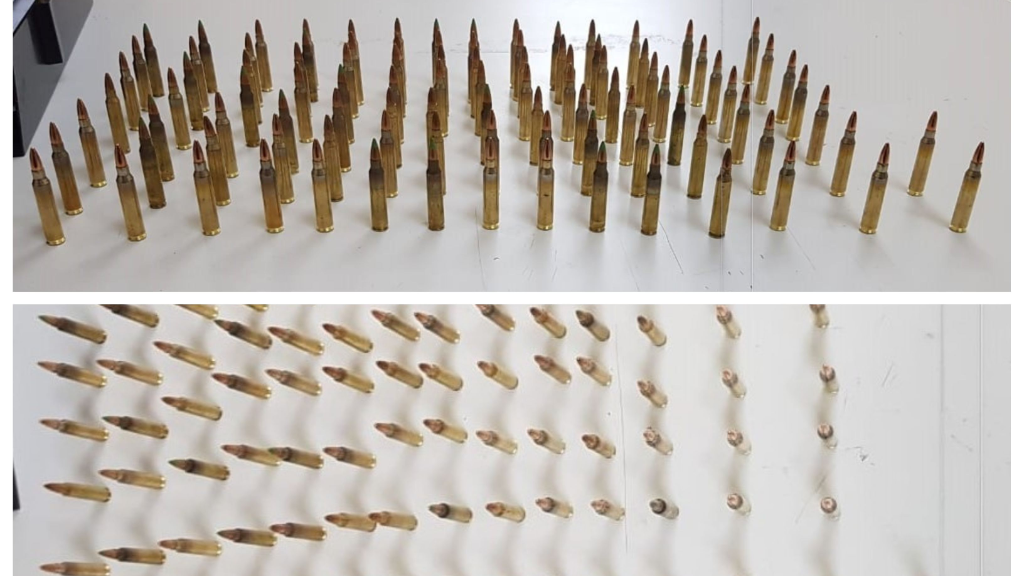 Found and seized: 100 rounds of ammunition

One hundred rounds of 5.56 mm was found and seized in Petit Valley yesterday afternoon. This type of ammunition is used in several assault rifles, especially AR-15s.

Two people, an 18-year-old woman and a 27-year-old man are currently in police custody aiding with inquiries.

Loop News was told that around 4.45 pm, a team of officers of the Western Division Task Force and Western Division Ops, led by Cpl Young and Cpl Khan, received information that led them to Morne Coco Road, Petit Valley.

After conducting surveillance of the area, they stopped and searched a white Hyundai Tucson near Cameron Road.

The car was searched and inside, a black plastic bag containing the ammunition was found.

The two occupants of the car were immediately detained and taken to the West End Police Station.
Cpl Young is continuing enquiries.