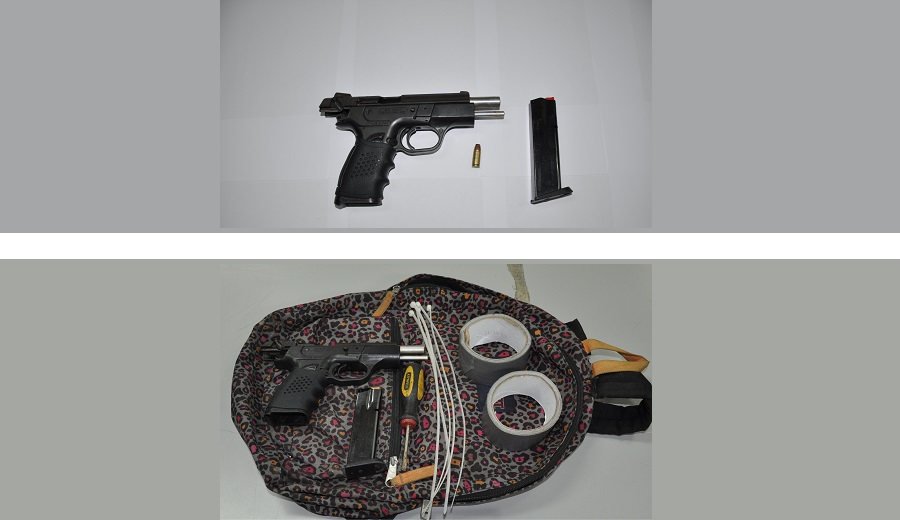 A book bag containing a firearm, ammunition and housebreaking implements has been discovered by officers of the Cunupia district while on mobile patrol on Thursday.

Around 2 am, PC Muralie along with a party of officers attached to the Cunupia Police Station received a report of a ‘man on premises’ at a house along Hinkin Trace, Cunupia.

When they arrived, the officers conducted a search and found a Jansport bookbag hidden at the side of the house.

It was taken to the Crime Scene Investigators Unit.

Schoolboy pleads guilty to possession of marijuana in bookbag

Cops arrest two for trying to drive into police vehicle