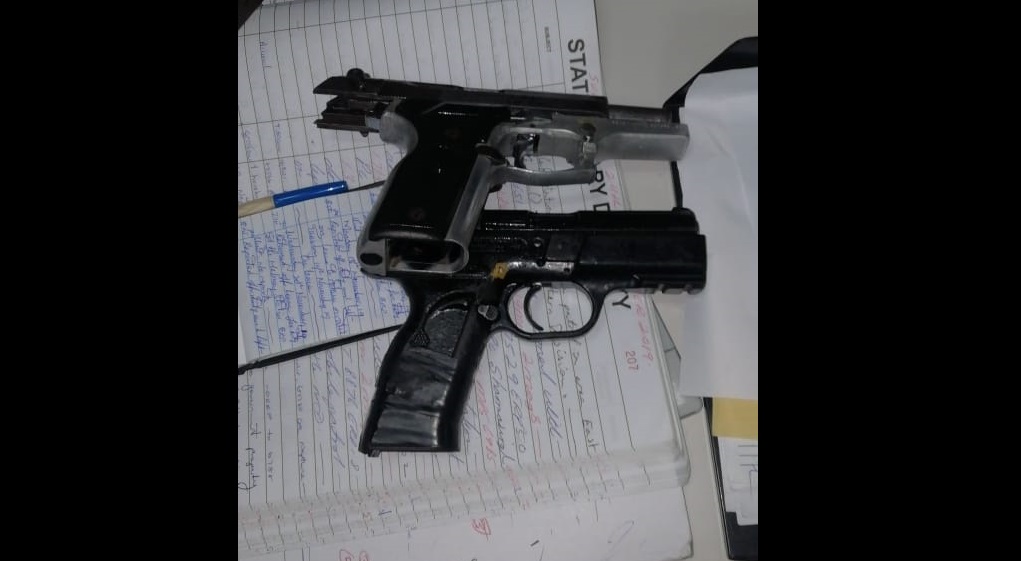 Three men were arrested in Arima when officers attached to the Emergency Response Patrol (ERP) Unit foiled their robbery on Thursday night.

Two firearms and a quantity of ammunition were also seized.

A statement issued by the police service (TTPS) on Friday, noted that the incident occurred at a private residence on Savannah Drive, Arima Old Road, Arima.

Officers were on patrol around midnight when they responded to a report of a robbery with violence in progress.

They forcibly entered the residence of the victim who was being held hostage by the suspects.

The three perpetrators were quickly apprehended with no injury to the hostage or any of the officers present. Two 9mm pistols with magazines containing 29 rounds of ammunition were recovered at the scene.

The trio is expected to be placed on identification parades in connection to several other robberies in the Northern Division.