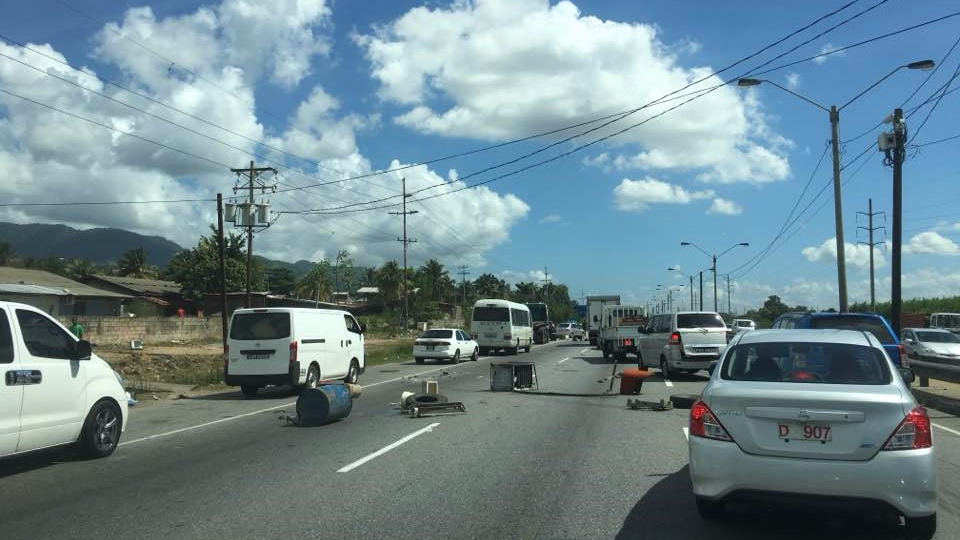 A voice note has been circulating on social media warning of more protests by residents along the Beetham Highway later tonight.

This morning, residents burned debris and threw missiles at motorists in traffic along the Beetham Highway and Priority Bus Route.


The situation was quelled by police officers.

However, a voice note has now surfaced in which a male person believed to be a Beetham resident is heard threatening of more protests.

Meanwhile, when contacted for comment, Head of Corporate Communications at the Police Service, Ellen Lewis said the voice note is being investigated.

“We are in possession of the voice message which is the subject of an investigation to determine the source,” Lewis noted.

At this time, neither the source nor the authenticity of the voice note can be confirmed.

Earlier, the Police Service in a statement said a heavy police presence will be maintained along the Beetham Highway following today’s protest action.

It noted that officers have taken up strategic positions along the Beetham Highway, to ensure a continued smooth flow of traffic.