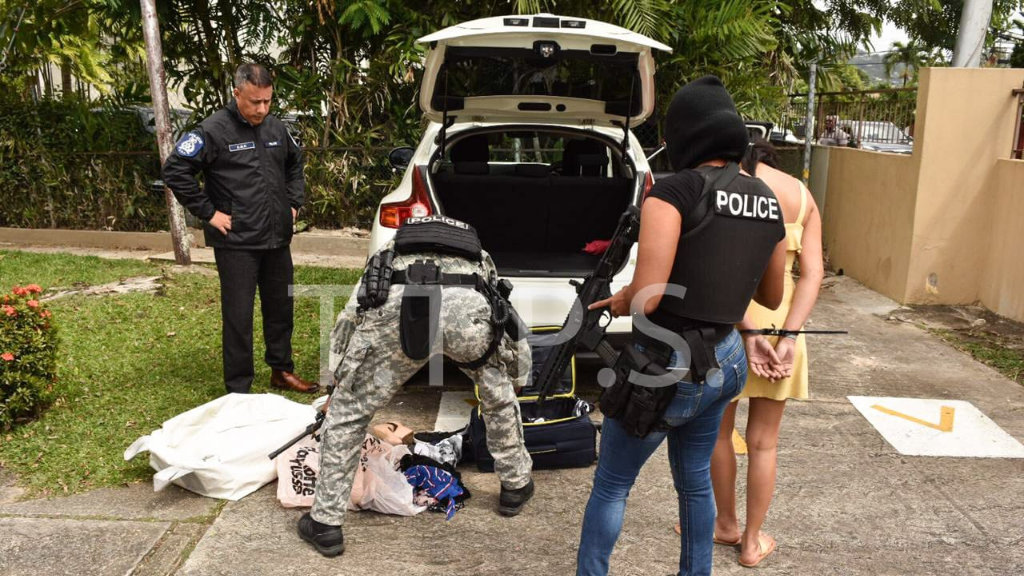 Police are denying that a female suspect detained in Tuesday's drug bust in Westmoorings acted helped police with the bust by acting as an informant.

In a statement issued Tuesday following the bust, which occurred around midday in Regent Gardens, Westmoorings, the Trinidad and Tobago Police Service (TTPS) said the claim, which was circulating via social media, was fake news. 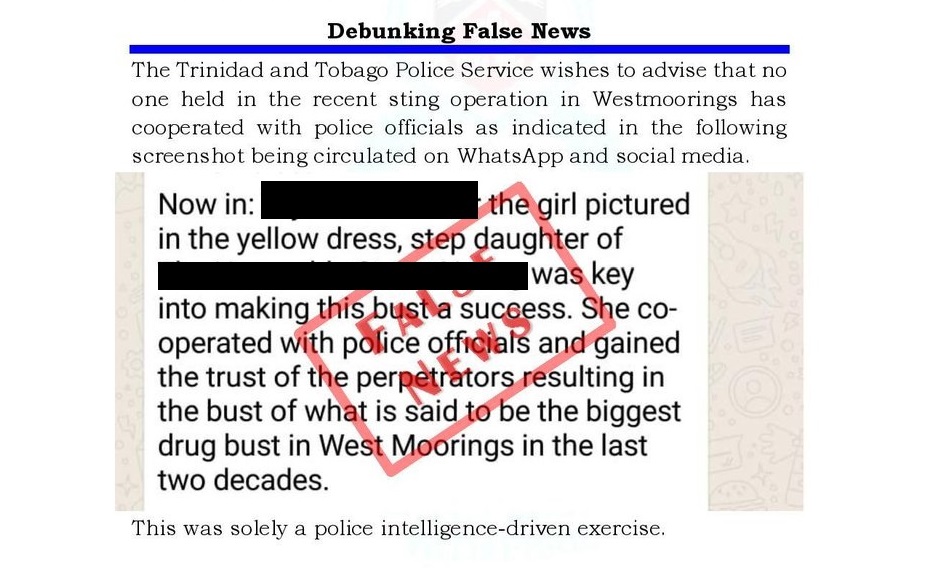 "The Trinidad and Tobago Police Service wishes to advise that no one held in the recent sting operation in Westmoorings has cooperated with police officials as indicated by a screenshot being circulated on Whatsapp and social media."

"This was solely a police intelligence-driven exercise," the TTPS said.

The TTPS advised citizens against posting misleading information that can cause anxiety and confusion.

The public is encouraged to stay updated by following the TTPS on Facebook, Twitter and Instagram pages for accurate information on matters related to crime and policing.