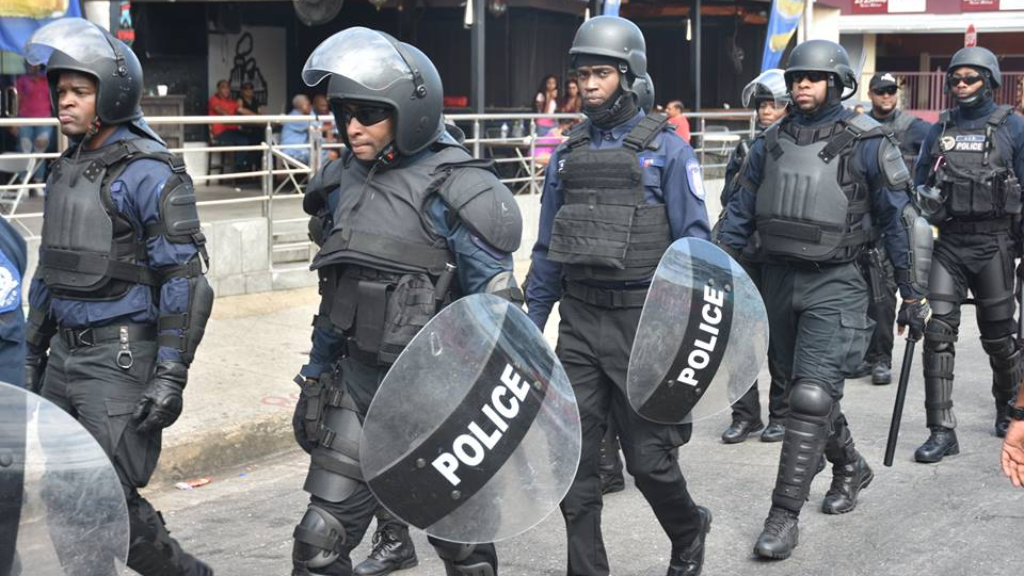 Members of the Police Service patrol the streets during Carnival. Photo via Facebook,TTPS.

On the heels of Police Commissioner Gary Griffith’s announcement of polygraph testing for officers of the south­west­ern penin­su­la, comes the introduction of random drug testing for all police officers and Special Reserve Police Officers.

Griffith will be the first person to undergo the polygraph and drug testing.

Random testing for dangerous drugs across the TTPS will begin in two months’ time and will continue indefinitely, he said, in accordance with Section 93 (3) of the Police Service Regulations, 2007.

The Regulations state, “The Commissioner shall have the power to order random drug testing for abuse of dangerous drugs by any officer.”

While the Commissioner said the re­sults of the polygraph test will not lead to the ter­mi­na­tion of any police of­fi­cer, he said any officer found to be under the influence of any dangerous drugs whilst on duty, will be disciplined.

But, in relation to the polygraph, he said if there are any issues identified after an officer submits to the test, more research will be conducted to determine whether the officer needs to be re­as­signed.

Section 150 (1) of the Regulations states, “an officer who contravenes any of these Regulations commits a disciplinary offence… and is liable to be charged with a disciplinary offence, if he commits any of the following: (l) Drunkenness, or drug taking, that is to say, if an officer, while on or required for duty, is unfit for duty through the taking of intoxicating liquor or dangerous drugs;

Griffith said the latest testing is a proactive approach aimed at minimising the possibility of police officers being addicted to illegal drugs, as it can hamper their execution of their duties, as well as ensure that they do not commit actions which will cause them to be involved in any type of criminal activity.