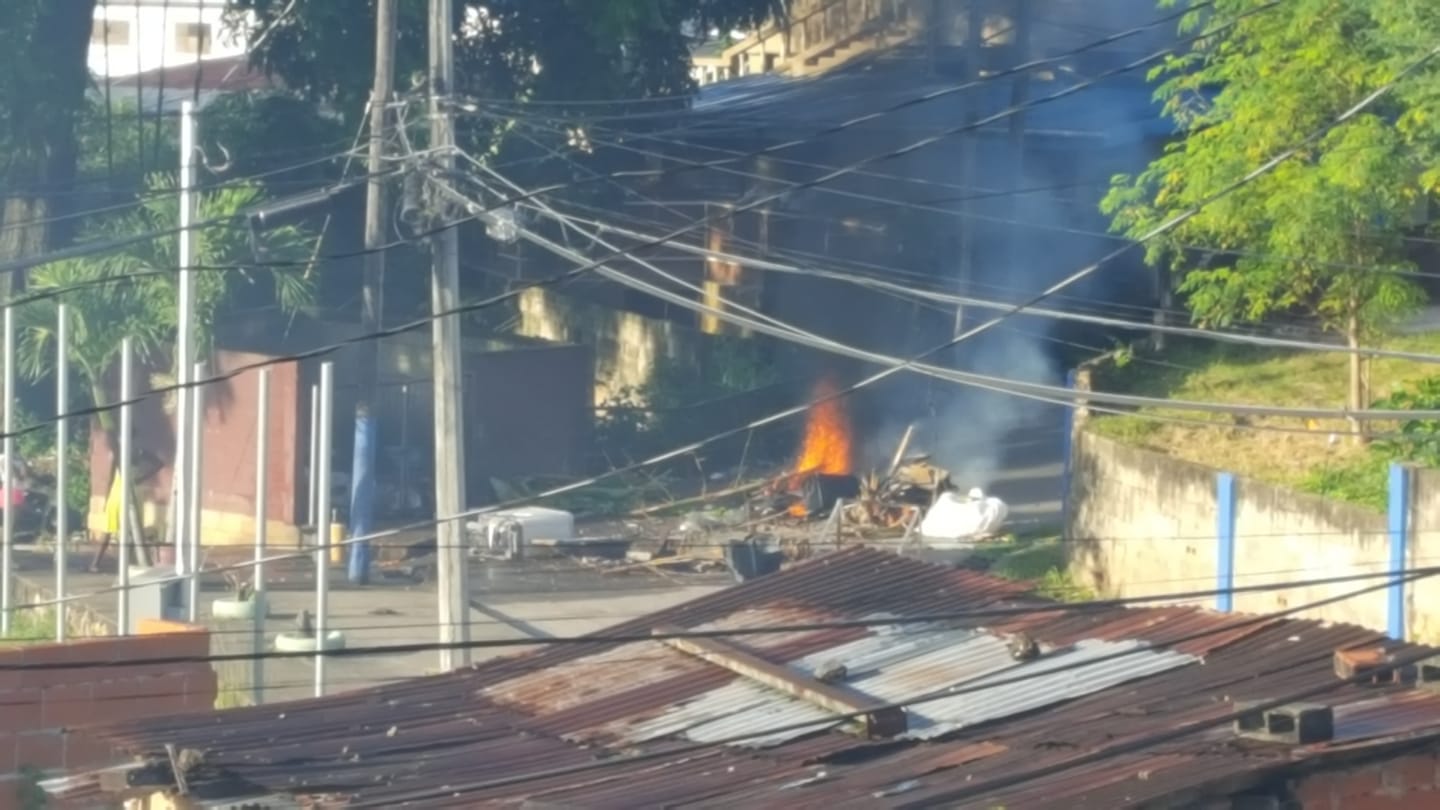 In maintaining a visible presence, officers of the Port of Spain Division and the Inter Agency Task Force were able to prevent large scale protests in the Laventille community Friday morning.

LoopTT was told that around 9 am today, some residents opted to block off Upper Wharton Road, Laventille – close to where five men were killed in a confrontation with police last night.

Trees, rubbish, and other debris were dragged across the roadway, and some of these items were set on fire.

However, officers who were stationed in the community – on instructions from seniors in the police service as a precautionary measure – responded and within minutes the area was cordoned off and the fires were contained.

These officers, LoopTT was told, are expected to remain stationed there for the remainder of the day.

Residents of the area are claiming that police executed the five men who were involved in Thursday night's shooting incident involving police.

While it was noted that some of these men who were killed "were not saints" and had confrontations with the law in the past, it was alleged that on Thursday night, they were all sitting playing cards outside of the home when they were fired upon without warning.

Some residents have denied that the men even had firearms on them - despite police reports claiming that two had held weapons, and an estimated 20 rounds of ammunition were recovered on the scene.