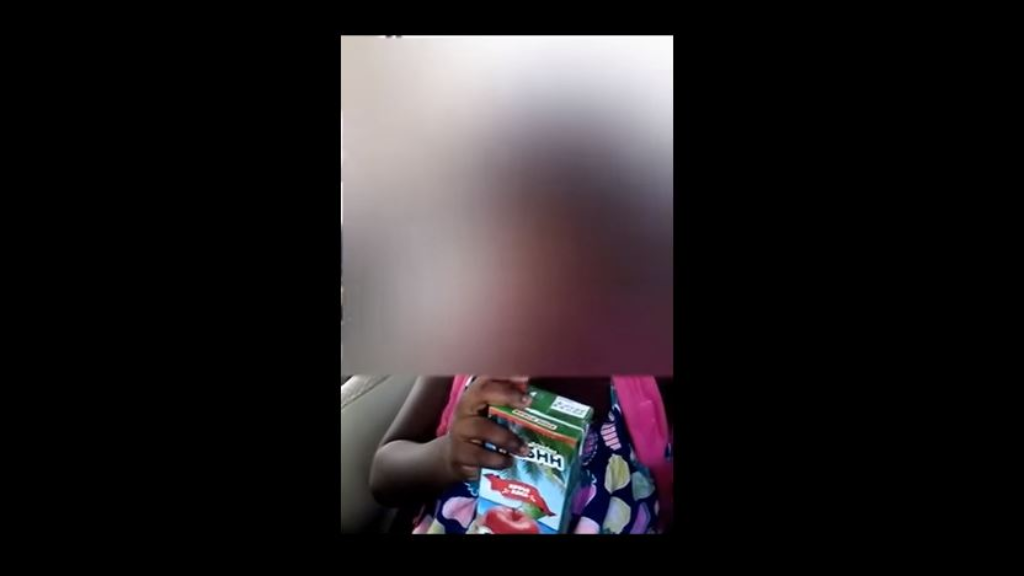 A disturbing viral video has caught the attention of officers attached to the Child Protection Unit (CPU) of the Trinidad and Tobago Police Service (TTPS).

It’s a heart wrenching one minute and thirty-five-second clip of a child who appears to be no older than 4-years-old.

She is seen unaccompanied while seated in a parked car with the windows rolled down, drinking from a juice box.

In the beginning, the woman recording the video asks the child her name and at first, she doesn’t answer.

The adult then asks “who do yuh that?” and she responds “meh mudda”.

Sounding astonished, the woman questioned what a child could possibly do to deserve a black eye. She further enquired whether the child perhaps fell to get the bruise but the toddler shook her head saying “uh-uhh”.

Asked if she was sure and what exactly her mother did to her eye, she said, “she cuff meh”.

Loop TT contacted senior officers at the CPU who confirmed that the incident occurred in Sangre Grande.

The officer noted that an investigation was launched last week after police were made aware of the video but could not give further details due to the sensitivity of the matter.

Further questions like whether the child was placed in the care of a guardian or the state were not answered.

Watch: Toddler lying down on escalator gets hand stuck

Watch: 4-year-old girl loves to dance even though she can't hear